In our last post, we introduced our 2020 market guide, Selling Canadian Books in Japan: A Guide for Canadian Publishers (3rd edition), written by Mark Gresham and Frank Foley. In today’s post, we examine some general characteristics of the Japanese-language publishing (washo) market, which provides opportunities for translation rights sales.

According to the All Japan Magazine and Book Publisher’s and Editor’s Association (Zen Nihon Shuppan Kyokai), the value of the Japanese book market in 2018 was ¥731 billion ($CAD8.6 billion), which represents a 2.3% year-on-year decline since 2017. Print accounted for 96% of book sales. The number of new titles was also down from approximately 81,000 in 2014 to 75,000 in 2018, and the number of books sold was down 3.4% at approximately 571 million copies. In print format, trade accounted for 54%, mass-market “bunko” 32%, and the mid-sized “shinsho” 7% (“bunko” is the Japanese mass market 105 mm x 148 mm format and the “shinsho” format is slightly larger than bunko at 103 mm x 182 mm). Translated titles have an estimated 10% market share with around 4,000 new titles each year. In 2017, Japan imported an estimated ¥25.2 billion ($CAD296 million) worth of English-language books, up 5% year-on-year (see the Japanese government’s import statistics for printed materials based on publishers’ invoices, https://www.customs.go.jp/toukei/info/index_e.htm). The US and UK combined accounted for approximately half of this total.

The Japanese book trade is facing serious structural challenges. The problems lie deep in the fabric of the market, so meaningful change, while already in motion, will take time. The underlying issue is the disproportionate strength of publishers. The top five publishers (of a total of 3,058 in 2018) account for 39% of sales. They own almost 25% of each of the two largest distributors, Nippan and Tohan. Indirectly, this enables them to exert control on retail shelf space and book placement. They also own ebook retailer Pubridge, which gives them a considerable advantage in digital. They also either own or have access through group companies to electronic, print, and social media platforms for promotion. Furthermore, the absence of a literary agent system in Japan means that authors lack an independent third party to offer guidance, so they tend to support their publishers’ position on industry-related matters.

Publishers have leveraged their strength to maintain several long-held practices, such as the retail price maintenance system and consignment sales. Copyrighted materials, including books, are exempt from Japan’s Anti-Monopoly Law’s restriction on resale price maintenance. Under a voluntary practice dating back almost 110 years, publishers, wholesalers, and retailers agree through formal contracts to maintain the retail price as decided by the publisher. While there have been moves by the Japanese government and the Japan Fair Trade Commission to abolish this practice, most notably in 2001, vested interests have succeeded in resisting significant change to date.

Publishers have also used the consignment system to push excessive quantities of new titles through to the trade. Passive retailers ultimately return an average of almost 40% of unsold stock just to make room for the next shipment of new titles. Publishers will argue that the consignment system benefits consumers because it enables the distribution of small quantities of front and backlist titles to even the most remote parts of the country at a fixed retail price. The reality, however, is that the system is inefficient and does not meet the needs of today’s customers, meaning that change is inevitable.

In children’s books, the big story for many years has been about poop. The two bestselling series are the “Butt Detective” (oshiri tantei) series from Poplar, which first appeared in 2012 and is now animated on the public broadcaster, NHK, and the six-level kanji (Chinese character) drill book series “Poop Kanji Drill” (unko kanji doriru) published by Bunkyo in 2017.

With notable exceptions, such as Kazuo Ishiguro and J. K. Rowling, foreign authors do not regularly feature on bestseller lists in Japan. There are some one-off exceptions, such as Jennifer L. Scott’s Lessons from Madame Chic in 2015, and a manga adaptation of Stephen Covey’s Seven Habits in 2014, but they are rare.

In fiction, crime/mystery is the strongest genre, and the “Kono Misu Ga Sugoi” winner and nomination list serves as a de facto bestseller list. The two standout authors are Anthony Horowitz, published by Tokyo Sogensha, and Don Winslow, published by HarperCollins Japan. Horowitz has won the “Kono Misu” prize two years running in 2019 and 2020 for Magpie Murders and The Word is Murder. Winslow, a former winner with Power of the Dog in 2010, was runner-up in 2020 for The Cartel and ranked fifth in 2019 for The Force.

Download the full market guide to get tips on the Japanese-language market and learn about major awards and prizes, how to get noticed, and traditional Japanese book distribution and retail. 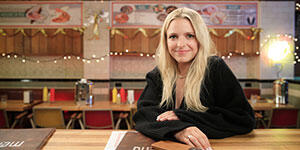 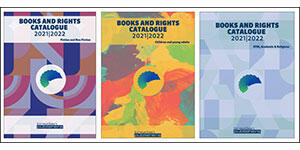