The second edition of the digital Blackhole: Books Meet Rights conference last month presented a unique opportunity to learn more about the Finnish book market and some of its current trends and issues. Organized by the Oulu Writers Association in partnership with several other Finnish cultural and publishing organizations, the conference is conceived as both a means of showcasing northern Finnish literature and as “an international literature network focused on translating and foreign rights.”

Although much smaller in territory than Canada, Finland shares several characteristics with this country, particularly as both are “northern parliamentary democracies with similar geography, climate, natural resources, and technology-driven economies.” Further, like Canada, Finland is an officially bilingual nation with both Finnish (86.9%) and Swedish (5.2%) being recognized as the country’s official languages; and it also enjoys a high number of book readers and a high literacy rate.

Translations and Finnish Literature Around the World

While over 50% of the 7,000 or so fiction titles published in Finland in 2019 were translations, Finnish literature is also translated and sold around the world, with growing sales to English speaking territories such as the US and the UK. National organizations such as the Finnish Publishers Association and the Finnish Literature Exchange (FILI) support Finnish publishing and the publication of translated Finnish titles worldwide.

One of the many interesting sessions at this year’s Blackhole conference highlighted northern Finnish literature and the experience of two northern authors, Sami Lopakka and Simo Hiltunen. In their panel interview with Jyrki Korpua, both authors discussed their writing processes, the most prevalent themes in their works, and some of the particularities of writing in (and about) the north. As Korpua noted, northern Finnish literature is often characterized as both humorous and dark, allowing northern authors to touch on difficult themes and histories while still retaining a sense of lightness.

Sami Lopakka, who is also known for his music career as a guitarist in a Finnish metal band, has published two novels, Marras (2014) and Loka (2019)—the first two books in a loosely connected trilogy based on, and named after, the short-form names of the months of November (marraskuu), October (lokakuu), and September (syyskuu). When asked to describe his work, Lopakka, mentioned his audience’s description of his work as gloomy and full of dark humour. Echoing Korpua’s characterization of northern literature, Lopakka described the “melancholy of the North” as being deeply related to the forest, and a common feature among many northern cultures.

Whereas Loppaka’s use of an autumn-themed trilogy is a way to address issues of mortality (what he called a “reminder that we are not eternal”), Simo Hiltunen’s approach to writing is more driven by language—"stories always came after language” he explained. Hiltunen has been translated into four languages, including a French translation by Anne Colin du Terrail of his crime novel, Si vulnérable, published by Paris-based Fleuve in 2018. Translation rights to his works were negotiated by his Finnish publisher through an agency which was able to find international publishers interested in not only the crime or Nordic Noir genre but also in the northern dimension of his books. Hiltunen is currently working on two manuscripts, one is a crime story with potential links to his first two novels while the second manuscript is about the history of northern Finland. While he describes his work on northern history as also being gloomy (although not in the crime genre), this work is more in line with his interest in history in general.

When asked how they keep up their writing despite having full-time day jobs, both writers mentioned taking notes as ideas came to them throughout the day. Despite this practice, Hiltunen explained that even though he takes notes on this phone during the day, he must take time to be at his keyboard to really write, saying “I am most honestly myself when I am writing and that is why I write.” Similarly, Lopakka described his writing pace as “slow but steady” and taking lots of time to write, adding that the long winters in the north are good for thinking and providing the “stillness” needed to write.

Like the experience of Canadian creators who work outside of the more populous cities and cultural centres, Finnish authors living and writing in the north are on the periphery of Finland’s cultural and financial centre, the capital Helsinki. Even if it feels like they may be “writing in the dark”, Lopakka explained that moving south or to other countries is not an option for many northern writers who choose to stay in the north and who gain their literary inspiration from the region. On the question of writing in the dark in a region so far from the centre, Hiltunen added “if you do it right, you can be the light in the dark.” 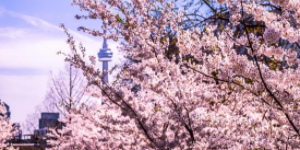