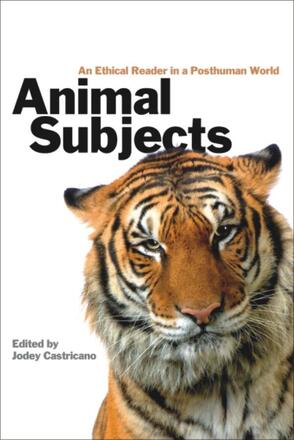 An Ethical Reader in a Posthuman World

Table of Contents for
Animal Subjects: An Ethical Reader edited by Jodey Castricano

Anatomy as Speech Act: Vesalius, Descartes, Rembrandt, or “The Question” of “the animal” in the Early Modern Anatomy Lesson | Dawne McCance

Electric Sheep and the New Argument from Nature | Angus Taylor

“I sympathize in their pains and pleasures”: Women and Animals in Mary Wollstonecraft | Barbara K. Seeber

Power and Irony: One Tortured Cat and Many Twisted Angles to Our Moral Schizophrenia about Animals | Lesli Bisgould

Lesli Bisgould has worked as a lawyer in Ontario since 1992. She practised civil litigation at a Toronto boutique firm before establishing her own practice in animal rights law in 1995. Bisgould was Canada's only animal rights lawyer for ten years. Currently she is Legal Aid Ontario's Barrister in Residence, assisting legal clinics in their work on behalf of Ontarios poorest residents.

Jodey Castricano is an Associate Professor in the Department of Critical Studies at the University of British Columbia, Okanagan, where she teaches critical theory and Cultural Studies. Her interests lie in posthumanism and animal studies, and she has also published on the philosopher Jacques Derrida and is working on an SSHRC-supported book-length study, under contract with the University of Wales Press, on the influence of 19th-century spiritualism on the rise and practice of psychoanalysis. Recently she was appointed as a Fellow of the Oxford Centre for Animal Ethics in the UK.

Paola Cavalieri, whose research interests include ethics, bioethics and political philosophy, is the editor of the international philosophy journal Etica & Animali. She is the co-editor, with Peter Singer, of The Great Ape Project (London: Fourth Estate, 1993) and the author of The Animal Question (New York: Oxford University Press, 2001).

Biologist Anne Innis Dagg, PhD, teaches in the Independent Studies program of the University of Waterloo. Her academic research articles and books have focused on mammals (especially giraffe and camels), feminism (particularly as it affects academic women), evolutionary psychology and, most recently, animal rights. Her most recent publications include The Feminine Gaze, Love of Shopping Is Not a Gene and Pursuing Giraffe.

Michael Allen Fox is Emeritus Professor of Philosophy, Queens University, and Adjunct Professor of Social Science, University of New England (Australia). He has written, lectured and consulted extensively on animal ethics issues and is the author of The Case for Animal Experimentation, Deep Vegetarianism and The Accessible Hegel. His current writing project is A Student’s Guide to Existentialism. He lives in Armidale, New South Wales, Australia.

Donna Haraway earned a PhD from the Biology Department at Yale in 1972 for an interdisciplinary dissertation on the functions of metaphor in shaping research in developmental biology in the twentieth century. She is now professor and former chair of the History of Consciousness Program at University of California, Santa Cruz. Her many publications include The Companion Species Manifesto: Dogs, People, and Significant Otherness, Primate Visions: Gender, Race, and Nature in the World of Modern Science and the highly influential Simians, Cyborgs, and Women: The Reinvention of Nature.

Dawne McCance is Professor and Head, Department of Religion, University of Manitoba, and Editor of Mosaic: a journal for the interdisciplinary study of literature. Her book, Medusa’s Ear: University foundings from Kant to Chora L (2004), approaches the conflation of “animal” and “woman” (deaf and mute female) in founding texts on the modern research university. She is currently extending this study in a book-length project supported by sshrc, A Little History of Hearing.

Lesley McLean has recently completed her PhD at the University of New England, Armidale (Australia). Her thesis is entitled “How Should One Live with Nonhuman Animals? An examination of the ways three philosophers have answered this question. ” Her research interests centre on notions of moral and imaginative attention with respect to nonhuman animals.

Rod Preece is Professor Emeritus at Wilfrid Laurier University in Waterloo, Ontario, and is the author of numerous volumes, including Animals and Nature: Cultural Myths, Cultural Realities (1999), Awe for the Tiger, Love for the Lamb: A Chronicle of Sensibility to Animals (2002) and Brute Souls, Happy Beasts and Evolution: The Historical Status of Animals (2005).

Barbara K. Seeber is an Associate Professor of English at Brock University in St. Catharines, Ontario, specializing in eighteenth- and early-nineteenth-century literature. She is the author of General Consent in Jane Austen: A Study of Dialogism(2000).

John Sorenson is a professor in the Department of Sociology at Brock University. His books include Culture of Prejudice; Ghosts and Shadows; Imaging Ethiopia and Disaster and Development in the Horn of Africa. He is currently working on a study of various representations of animals supported by the Social Science and Humanities Research Council of Canada.

David Sztybel completed his doctorate at the University of Toronto, Ontario, and also an Advisory Research Committee Post-Doctoral Fellowship, centring on the ethics of vivisection, at Queens University, Ontario. A Fellow of the Oxford Centre for Animal Ethics, he is an advocate for animal rights, human rights and the environment. He instructs mainly in Critical Animal Studies at Brock University in St. Catharines, Ontario.

Angus Taylor is the author of Animals and Ethics: An Overview of the Philosophical Debate. He teaches philosophy at the University of Victoria. Once upon a time he worked in Toronto at the Spaced Out Library (now the Merril Collection), and wrote Philip K. Dick and the Umbrella of Light, one of the first extended critical essays on Dick’s work.

Cary Wolfe has taught at Indiana, SUNY (Albany), and at Rice, where he currently holds the Bruce and Elizabeth Dunlevie Chair in English. He has published widely on US culture and critical theory in Diacritics, boundary 2, New Literary History, Cultural Critique, New German Critique, and many others, and is the author of three books and two edited collections. His book Animal Rites: American Culture, the Discourse of Species, and Posthumanist Theory (Chicago, 2003) was nominated for the MLA’s James Russell Lowell Prize, and the edited collection Zoontologies: The Question of the Animal (Minnesota) also appeared in 2003. His collection The Other Emerson (co-edited with Branka Arsic) is forthcoming from Fordham University Press in 2008, and he is currently completing a book called What Is Posthumanism?

Although Cultural Studies has directed sustained attacks against sexism and racism, the question of the animal has lagged behind developments in broader society with regard to animal suffering in factory farming, product testing, and laboratory experimentation, as well in zoos, rodeos, circuses, and public aquariums. The contributors to Animal Subjects are scholars and writers from diverse perspectives whose work calls into question the boundaries that divide the animal kingdom from humanity, focusing on the medical, biological, cultural, philosophical, and ethical concerns between non-human animals and ourselves. The first of its kind to feature the work of Canadian scholars and writers in this emergent field, this collection aims to include the non-human-animal question as part of the ethical purview of Cultural Studies and to explore the question in interdisciplinary terms.

``Castricano has succeeded in her attempt to highlight the heterogeneity of animal studies. The essays offer a shining example of the plurality with which the human-animal relation can be investigated. The heterogeneity at times throws up interesting contrasts as different authors interpret the same philosophies in entirely different ways. The lack of a deeper metatheoretical alliance is refreshing, as too often such collections concentrate on particular theoretical perspectives. ... In lengthy collections such as this, such variety is a welcomed feature for the simple reason that it makes reading more enjoyable. It also enables lay people or first year students with little experience in philosophy to get something out of the book--although the book is best suited for more advanced students or academics. Plurality means that people from various fields--not just philosophy--will benefit from reading the book. ... Perhaps the best feature of the book is its normative explicitness. ... The editor and many of the authors make no secret of the fact that they hope for a radical change in how animals are treated and valued. There has been some tendency in animal studies to avoid the normative element: the animal question is problematized rather than analyzed, and normative claims remain implicit. Ethics concerning animals is thus marginalised. ... However, since any views on animals will, by necessity, express normative stances, the pretence of ‘non-normativity’ is hopeless and tiring. Castricano and some of the authors have chosen well to take a different path and to manifest their views. ... The book will be invaluable particularly for those interested in new directions in animal ethics and animal studies, for novelty is at the heart of many of the essays. ''

``Animal Subjects. ..is. ..a major contribution to the overlapping interdisciplinary field variously named animal studies, human-animal studies, or even critical animal studies, depending on one's ethical and political commitments. The text is unique in that it treads a line between abstract academic and more accessible and overtly political writing. Consequently, the text will likely make people nervous on both sides of the current debates about what role, if any, advocacy should have within animal studies. On one hand, there is a fear that rigorous scholarship often suffers under the desire to ameliorate or abolish animals' suffering and use. On the other, there is a concern that the animals of animal studies are now regarded as the next reservoir of interesting topics to tap, without any kind of accountability to the billions of non-human beings who are harmed through institutionalized animal practices. Fortunately, Animal Subjects works against the notion that careful scholarship and political weight are inversely proportional. ... The insightful text demands that we confront the limitations and myriad contradictions in various schools of thought, such as ecology, sociobiology, legal discourse and philosophy among others. ..ground-breaking. ... Hopefully, Animal Subjects is just the beginning. ''

``The strength of the collection is in its diversity and its difference from existing literature on the subject. ... This book, ranging over many aspects of the subject and including what we might regard as the question of what is central to ethics, is a worthy and original addition to the literature and anyone who reads it will find that its ideas continue to nag. ''

``Animal Subjects is important for the authors' meaningful engagement with this question of the animal and for its implicit and explicit Canadian context. ... Castricano's introductory chapter, outlining the links between cultural studies and animal oppression, is one of the best introductions to the field I have read. ... I would be most comfortable using Animal Subjects as a text in an introductory, undergraduate animal-studies course as it is a book that is suited for those interested in how scholars, activists, and professionals (not that the three are ever mutually exclusive) working broadly across disciplines are critiquing and redefining both the boundaries of cultural studies and the more-than-human. Additionally, given the high proportion of Canadian authors and some explicitly Canadian settings, this geographic perspective makes it unique within the existing field of publications. ''

``The scholars and writers who have contributed to this collection are notable for their opinions on the philosophical boundary that separates humans from animals. ... Castricano brings their disparate voices together in this reader, the first of its kind to feature the work of Canadian scholars. '' 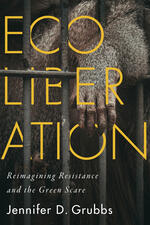 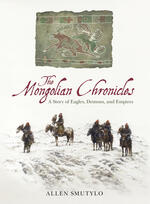 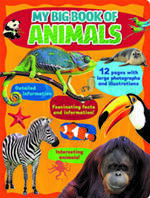 My Big Book of Animals 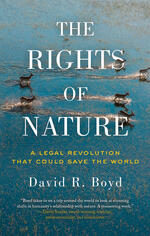 The Rights of Nature 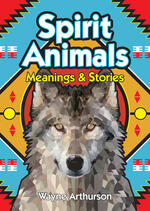 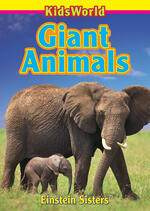