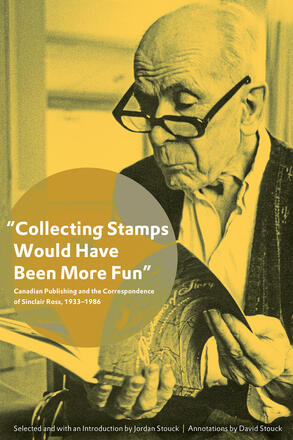 "Collecting Stamps Would Have Been More Fun"

Canadian Publishing and the Correspondence of Sinclair Ross, 1933–1986

This unique exchange of letters between literary icon Sinclair Ross and several prominent writers, publishers, agents, and editors asks why many Canadian artists, especially those in western provinces, spent a lifetime struggling for recognition and remuneration. Featuring exchanges with Earle Birney, Margaret Laurence, and Margaret Atwood, among others, this collection exposes the conditions of cultural work in Canada for much of the twentieth century. This vivid, often moving, selection of professional and personal letters, plus the only formal interview Ross ever gave, provides a valuable resource for those engaged with the history of publishing in Canada, as well as for those with an interest in Canadian literature.

"This collection of extant letters, from Atwood to Wiseman and many others, are from friends, fellow writers, and editor-publishers, and their replies from Sinclair Ross (1908-1996). The correspondence is arranged according to the five major periods of his writing life. ... Much can be gleaned from these writings, not only biographical facts but, perhaps more importantly, about his creative process. ... University of Alberta Press has made available to a new generation Ross's seminal work, with new introductions [Sawbones Memorial, The Well, and Whir of Gold]. ... The present collection of correspondence more than adequately complements the fiction and makes available original, previously unpublished, primary materials. " Anne Burke, Prairie Journal, January 2011

". ..the Stoucks' effort succeeds in illuminating the publishing record of one of Canada's most secretive authors. ... Most striking is Jordan Stouck's note-perfect introduction, one that is academically rigorous yet free of jargon and platitudes. ... [T]he book's contents reveal a complex and conflicted man who certainly affected many of those close and not-so-close to him. Furthermore, reading Ross's letters is often akin to the experience of reading Ross at his finest. ... Ross's perfect rhythm and distilled analysis are pleasure unto themselves. ... [F]or those of us who have always wanted more of Ross's talent, then this fine, revealing book will more than suffice. " Andrew Lesk, Great Plains Quarterly

"Although there is a Sinclair Ross fonds at the Canadian Library and Archives, it contains very little of his correspondence. In producing this collection of letters, Jordan Stouck provides scholars with access to an excellent range of letters that would otherwise remain scattered over a dozen archives, both public and private. .   Besides the insights this collection of letters provides into the Canadian publishing scene, its greatest insights are into Ross himself. Ross rarely agreed to talk publicly about his work, having given only one official interview in his life. These letters allow readers a rare glimpse of who Ross was, written in his own words. David Stouck does a commendable job of contextualizing any missing correspondence and providing other relevant information in footnotes. . [I]t is clear that this collection of letters is a contribution to the history of publishing in Canada as well as Ross scholarship. " Christopher Doody, Trent University, American Journals, Fall 2012

"The editors present this collection of letters from, to, and sometimes about, Ross as an illustration of the growth of Canadian publishing between the 1930s and the 1980s. But, from the title quotation onwards, it is Ross's personality that dominates the book. " Times Literary Supplement (UK) October 29, 2010

"[Sinclair Ross'] depiction of Philip Bentley amongst the Philistines has always seemed an indirect commentary on his own entrapment by place and time, his talent suffocated by an uncongenial environment. . These letters to and from editors and friends chronicle not only the many setbacks he encountered as he sought to bring his work into print but also his enduring commitment to and pleasure in the writing life. " Janice Fiamengo, Canadian Literature 213, Summer 2012

"Collecting Stamps Would Have Been More Fun is the first published selection of letters by, to, and about Sinclair Ross; and it is a particularly welcome new resource because Ross was a publicly shy man, little known to his readers. ... [Jordan Stouck] includes about a third of the available letters, well selected for their 'literary and biographical interest,' and adds a transcript of the only formal interview Ross ever granted (xxv). In her introduction, she supplies biographical context and continuity especially helpful to those who have not read the biography. ... At the foot of each letter, readers will find David Stouck's often remarkably resourceful notes waiting to explain any obscure or quizzical references in the texts. ... Most significantly, these letters bring us Sinclair Ross with a new immediacy and vitality. Especially in his exchanges with fellow writers such as Margaret Laurence, Ross opens up--revealing his beliefs, his humor, and, gradually, his personality. ... Ross emerges as an astute, articulate, and forthright commentator, joining the critical controversies about his own work. ... Jordan and David Stouck have given us an important and highly readable book offering new insights into the life and writing of one of our finest Canadian and western writers. Dick Harrison, Western American Literature, [Full review at: http://muse. jhu. edu/journals/western_american_literature/v046/46. 2.harrison. html]"

"Through the text and the helpful "Chronology" (xxxi), we learn of Ross's background. ... In spite of his oft-repeated 'I never think about that,' Ross does talk about his creative process. ... This collection also offers telling glimpses into writing and publishing in Canada in the twentieth century. ... Finally, we learn of the importance of advocates and mentors. ... As Earle Toppings said in his interview with Ross, '[T]here are much deeper ways to succeed' (271). " J. M. Bridgeman, Prairie Fire Review of Books, 2013

"'Collecting Stamps Would Have Been More Fun'. ..is a line from one of Ross' letters in which [the venerable writer] describes his lifetime of struggling for recognition, ultimately dying in relative obscurity in Vancouver. ... And he was a guy who wrote a classic, a book that has been required reading on high school reading lists for more than two decades, dating back to the 1940s. " Sheila Munro, BC Bookworld, June 2010

"Many books of letters are scattershot, unfocused affairs. But these letters of Canlit pioneer Sinclair Ross are compelling and laid out like a story. As selected, arranged and annotated by B. C. academics (and daughter and father) Jordan and David Stouck, they build to a jarring and poignant climax, so that the collection reads like a novel. A tragic novel. " Jonathan Ball, Winnipeg Free Press, September 19, 2010

"This is a welcome volume with much to offer for students of Ross as well as of Canadian literature and publishing. The letters make an engaging and rewarding read. " Hugh Mellon, University of Western Ontario, British Journal of Canadian Studies Vol. 25, No. 1, 2012

"While these letters tell us much about Ross and his painstaking construction of a slender but indisputably enduring oeuvre, an array of exceptional short stories and the matchless novels As For Me and My House and Sawbones Memorial, they say as much or more about the daunting complexities of finding a place for any significant literary achievement in a national publishing industry itself in a formative and generally derivative state. ... [T]his fine collaborative enterprise takes us first into the life of a now prominent national artist 'like the now celebrated Emily Carr' who 'found an audience only late,' and thence beyond into the convolutions of a relentless striving for recognition from a publishing milieu either oblivious, or indifferent, or at best casually receptive to the aspirations of a writer fixated upon rendering the people and environment of depression-era rural Saskatchewan within a more universal and timeless context. " Wilf Cude, The Antigonish Review #167, [Full review at http://bit. ly/tw2OJk] 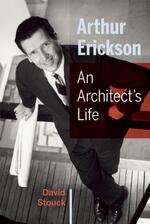 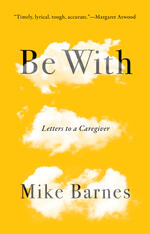 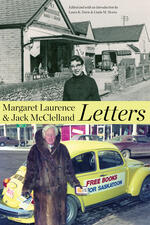 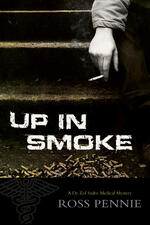 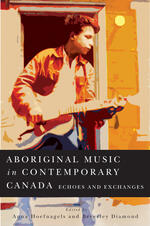 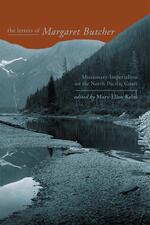 The Letters of Margaret Butcher 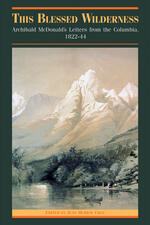 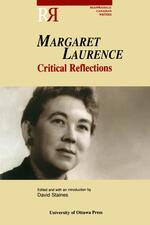 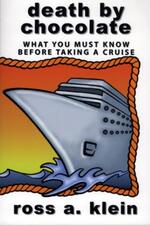