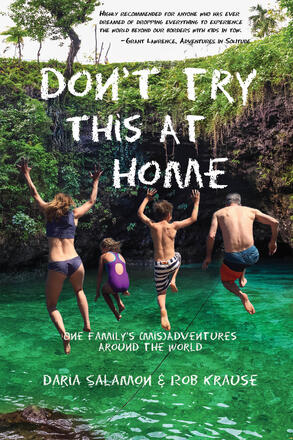 Don't Try This at Home

One Family's (mis)Adventures Around the World

Cast of characters
Daria
Starting Age: Whatever you think it is, minus ten.
Known for such uplifting catch phrases as "We're all in this together" and "By we, I mean you," Daria is the ideas person of the household and the one responsible for initiating the year off to travel the world. Being the only family member who has travelled to Africa, she is often overheard singing "Who's been to six continents? Just me! Just me!" and responds to any familial dispute by holding up six fingers in front of her face.

Oskar
Starting Age: 8
Having heard the phrase "you are what you eat," this young go-getter fine-tuned his diet to comprise only the singular food item known as Skittles, in the hopes that he would eventually be able to eat his own hands. It's forward thinking like this that allowed Oskar to develop unique solutions to some of the world's most pressing issues before reaching the age of four. His phosphate-reducing method of doing laundry (by forcing your sister to flush your underwear down the toilet) is presently in test phase in four municipalities in Canada.

Isla Blue
Starting Age: 5
The self-annointed ruler of the familial unit, Isla Blue is the proud owner of the world record for longest nonsensical tirade that contains the phrase "dumpster diving muskrat. " During the course of these travels, however, she was taken aback by the inability of the rest of the world's inhabitants to recognize her as supreme ruler of all things on this earth. Presently, she is working on incorporating multi-lingual expletives into her outbursts in order to change that perception, and hopes to--nay, will-assume her role as All Powerful Overlord by 2024.

Rob:
Starting Age: Don't get me started on my starting age.
Lovingly referred to as El Capitain Negativo or Spirit Crusher by his fellow familial members, he prefers to go by the more prosaic moniker of "The only one with any sense of reality. " After years of suffering stroke like symptoms each time Daria uttered the word "trip," Rob is now an Elite Platinum member of his Hospital's Emergency Ward Rewards Program and has earned one free use of a defibrillator. His long-term goal is to take a nap sometime before 2021.

Shortlisted for the Mary Scorer Award for Best Book by a Manitoba Publisher.
Rob Krause and Daria Salamon sold their car, rented out their home, and packed up their two young children to embark on a 12-month journey around the world. In this dual retelling, they chronicle the hilarious and sensational misadventures of their family as they travel across 15 different countries in the Southern Hemisphere. 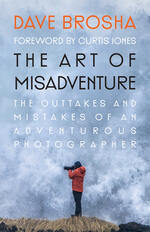 The Art of Misadventure 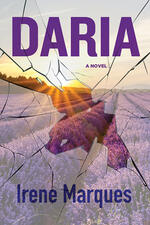 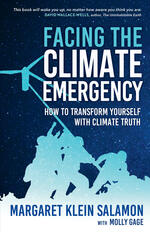 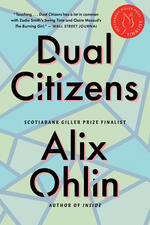 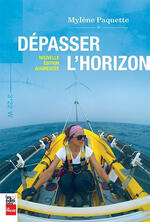