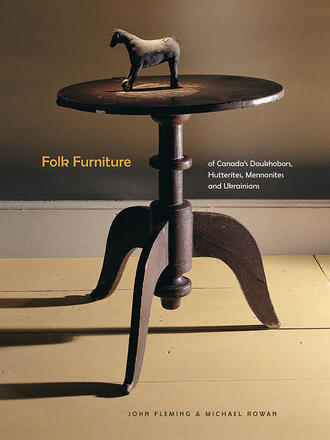 With over 100 colour photographs, Folk Furniture of Canada?s Doukhobors, Hutterites, Mennonites and Ukrainians offers a stunning visual record of the culture and values of these four ethno-cultural groups. Authors John Fleming and Michael Rowan take an interpretive approach to the importance of folk furniture and its intimate ties to people’s values and beliefs. Photographer James Chambers beautifully captures both representative and exceptional artifacts, from large furniture items such as storage chests, benches, cradles, and tables, to small kitchen items including spoons, breadboxes, and cookie cutters.

"The authors, through many years of study, have traced the differences of structure and types of decoration and symbols in high style and folk furniture as well as the everyday domestic items of these people. Through their eyes and words and the sensitive, artistic attention given to the photographs, we are able to see the cultural differences as expressed through their outward expression of an inward belief. ...Descendants and folk art enthusiasts will find this book a treasure. " Barbara Sutton-Smith, Antique & Collectibles Showcase Magazine, March/April 2005

"The authors do a credible job assessing and describing the handiwork of untold Canadian craftsmen. Equally impressive are James Chambers' photographs, which impart a fine-art feel to this book in the way they make, say, a simple late-19th century tripod table itself look like a work of art. " The Globe and Mail

"This is clearly one of the most exquisitely illustrated books I have encountered in recent years. The publisher appears to have made use of the latest in technological advance to present beautiful pictures featuring traditional designs of furniture unique to the four ethno-cultural communities under study. .After the four major presentations, Fleming and Rowan offer a section entitled, 'Tradition, Adaptation and Cultural identity' in which they emphasize that folk furniture is usually tied to immediate, unmediated experience. Its function is primarily utilitarian. However, as the plates in this volume illustrate, this concern for the immediate did not in any way restrict the artistic abilities of the builders. Normally when I review an exceptionally good book I urge readers to spend time appreciating its message. In this case, however, even though there is much to learn about these four communities in this coffee table masterpiece, I am urging readers of this review to find the book and look at the pictures!" John W. Friesen, Canadian Ethnic Studies.

"Folk Furniture makes a fine coffee-table book, with its oversize format and more than one hundred gorgeous color photographs by James A. Chambers. Leafing through it is a visual feast, with otherwise humble pieces of furniture dignified by dramatic lighting that discloses the texture, line and form of historic everyday household items. But the book is an important contribution to material cultural studies, since it not only places furniture in its cultural context but also "reads" furniture like a "text" to discover how it expresses the history, psychology, and ideology of the people who made and used it. " Ervin Beck, Great Plains Quarterly, Fall 2005

"Folk Furniture has several strengths. It introduces the reader to early Canadian artifacts and explains their cultural significance. More importantly it gives a clear face to each distinct immigrant group. [F]or history buffs, antique hunters and anyone interested in furniture, this book delivers the goods. " Anna Borowiecki, St. Albert Gazette

"Just as architecture catalogues culture, furniture tells us much about a society. Purely functional in its most basic form, tables, beds and even coat hangers are given ornamental treatment to add depth and meaning to the world we live in. The book tackles each group separately and thoroughly. " University of Alberta folio

"This lavishly illustrated book showcases the furniture of four immigrant groups that came to Western Canada from Imperial Russia between 1870 and 1930. .I possess a storage chest that came from Russia containing all the earthly possessions of my father's dispossessed family. A chest much like it is pictured in this book. What are the stories it contains? Who owns or possesses them? Such fascinating questions are posed either implicitly or explicitly in this book and they deserve in-depth discussion by future scholars. For now it is enough that the objects have been salvaged and that Fleming and Rowan have put them on display so lovingly and begun to unlock their rich potential. " Madalene Redekop, University of Toronto Quarterly, Vol. 76, No. 1, Winter 2007

"[T]he text and the pictures here are of a piece, and the artlessness and simplicity of the tools of daily living are presented with a harsh wonder that is astonishing. Simple decoration includes colors that are understated and a modesty that bespeaks a world of piety. ...As we leaf through this, is it possible that there can be a luxury in such simplicity? If so, it is reflected in this delicious volume. " Louis Armour, RALPH Magazine (http://ralphmag. org/DL/folk-arts. html), July 7, 2005

"In this book the authors analyze and interpret domestic objects from four ethno-cultural groups that came to Canada between 1870 and 1930, illustrating their analysis with large full-colour illustrations of 'representative and exceptional items' that were brought with the immigrants or made by them once they arrived. .The book begins with a chapter on utopian ideology and folk traditions and ends with one on tradition, adaptation, and cultural identity. Endnotes, an extensive bibliography, and an index are also included. " Maine Antique Digest, June 2005.

"[Fleming and Rowan]. offer good surveys of each group's beliefs, organization, architecture, and relationships to other furniture and decoration, as well as a thought-provoking conclusion. Notes, bibliography, and sensational color pictures with details give these simple artifacts presence. This is a model study of material culture for furniture history, folk art, the four sects, and Canadian history. Highly recommended. " CHOICE Magazine, Vol. 42, No. 09, May 2005

"Between about 1870 and 1930 enormous numbers of Europeans emigrated to Canada, among them members of religious and ethnic groups seeking asylum, including Doukhobors, Hutterites, Mennonites and Ukrainians. The furniture they produced, which is closely related to that made in their native countries, is often painted in saturated, bold colors. This volume is the first to treat this appealing furniture, which has no doubt often been confused with American painted pieces. " The Magazine Antiques, Vol. CLXVII, No. 5, May 2005

"There are more than 100 colour photographs over which to pore in this splendid book. There is, one suspects, a story behind each piece displayed here, stories of hope and love and despair. In the end, there is nothing effete or contrived about any of this furniture. It is as honest, straightforward and workmanlike as the women and men who built it. It is also really quite stunning. " Marc Horton, The Edmonton Journal

"This richly illustrated book features furniture from the named communities of Western Canada, from around 1870 to about 1930. ...Most satisfying to the person interested in the interface between material culture, religion, and the social and economic organization of each of these four groups is the consistency and thoroughness with which Fleming and Rowan delineate the historical origins of each group in light of its core religious beliefs, followed by a discussion of each group's characteristic housing patterns, and then the description and interpretation of each group's furniture tradition. These materials are illuminated and informed by pertinent quotes from various primary sources, such as descriptions of houses and furnishings by eyewitnesses, diary entries and letters. ...All in all, this book is for those lay persons or scholars whose cultural and religious roots are expressed in the furnishings featured in its pages; it is certainly a valuable source for 'pickers' and collectors; but most of all it is for those of us who wrestle with the meaning of things. " Reinhild Kauenhoven Janzen, The Mennonite Quarterly Review, Vol. 80, No. 2, April 2006.

"[Folk Furniture] contains more than 100 beautiful photos of the four immigrant groups' furniture, showing the skill and variety in the pieces they made. The book highlights the four groups' histories as people subject to religious persecution or severe economic hardship who made a new life in Canada's West, and shows how their experience was reflected in their craftmanship. " Canadian Home Workshop Magazine, Winter 2004

"[Folk Furniture]. is a feast for the eyes and the mind. Written by John Fleming and Michael Rowan, it is researched thoroughly and focused intellectually-a celebration of four cultures that produced in their artifacts a fusion of utopian ideology and craft traditions. ...Chambers' images are large, full colour artifacts in their own right. ...Owning the book is the next best thing to owning the piece itself. If you love country furniture, then this book is, without a doubt, eye candy. " Larry Thompson, The Upper Canadian, Vol. 25, No. 1, January/February 2005

"A fan of the unique esthetics of western folk furniture-simple lines, quirky decorative touches, bright colours, often in daring combinations-Rowan is also a proponent of the objects as repositories of cultural and historic meaning worthy of more expansive museum collections and academic study. .Aside from the historic value of these pieces, Rowan says western folk furniture is valued by many fine artists for its intrinsic esthetic qualities. " Gilbert Bouchard, The Edmonton Journal

"[A]n impressive visual record and commentary on the culture and values of four ethno-cultural groups as reflected in their items of furniture. Many of the pieces represented were saved or salvaged from workshops or barns by the efforts of pickers and museum personnel traveling Canada's western provinces in the 1960s and 1970s, as well as by dealers and collectors who recognized the cultural value of various pieces. .[E]specially commended to the attention of folk art collectors, as well as students of Canadian history, art, and culture. " Reviewer's & Internet Bookwatch(es), The Midwest Book Review, December 2004

"Folk Furniture has several strengths. It introduces the reader to early Canadian artifacts and explains their cultural significance. More importantly it gives a clear face to each distinct immigrant group.[F]or history buffs, antique hunters and anyone interested in furniture, this book delivers the goods." Anna Borowiecki, St. Albert Gazette 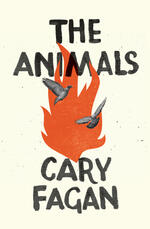 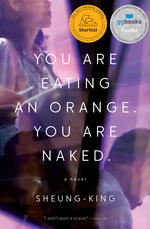 You Are Eating an Orange. You Are Naked. 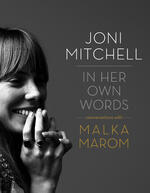 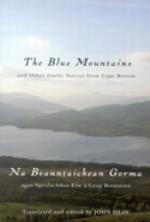 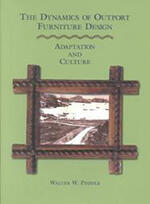 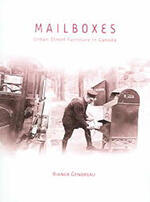