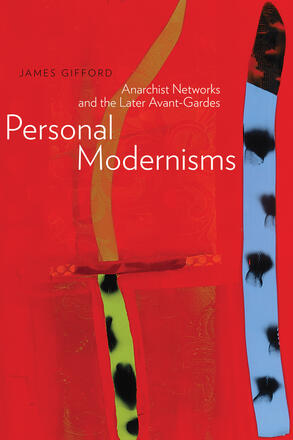 Anarchist Networks and the Later Avant-Gardes

Gifford’s invigorating work of metacriticism and literary history recovers the significance of the “lost generation” of writers of the 1930s and 1940s. He examines how the Personalism of anarcho-anti-authoritarian contemporaries such as Alex Comfort, Robert Duncan, Lawrence Durrell, J. F. Hendry, Henry Miller, Elizabeth Smart, Dylan Thomas, and Henry Treece forges a missing link between Late Modernist and postmodernist literature. He concludes by applying his recontextualization to four familiar texts by Miller, Durrell, Smart, and Duncan, and encourages readers to re-engage the lost generation using this new critical lens. Scholars and students of literary modernism, 20th century Canadian literature, and anarchism will find a productive vision of this neglected period within Personal Modernisms.

"Personal Modernisms convincingly argues for the existence of an anarchist literary network sustained by a complex web of institutions and individuals. It offers new directions for scholars of periodical networks and transnational literary formations between the 1930s and 1950s, as well as affirming the need to seriously attend to the influence of anarchism in 20th century writing. "

“Personal Modernisms is intended as a starting point for reassessing and repositioning an often-overlooked group of artists who produced a meaningful body of work during the inter-war and WWII period… [B]y altering the perspective through which these personalist writers have been compartmentalized and sidelined, in many cases, he has generated a reformed platform for exploring these anarchist networks. ” American Studies, Vol 55, No 2, 2016 [Full review at https://muse. jhu. edu/article/651145]

"James Gifford’s Personal Modernisms is a groundbreaking critical, metacritical and analytic reflexion that delves into an often neglected generation. ... The originality of this essay lies in Gifford’s deft analysis of how anarchism. ..has contributed to a renewed vision of the artist’s role in society. ... By revising the literary criticism of the 1940s that relegated those authors in limbo James Gifford also pinpoints the political implications of criticism itself. .." [Full review at http://ebc. revues. org/3502]

"Gifford’s model of the personalist network. ..helps tease out the discrete connections among writers and artists exploring surrealist and postsurrealist aesthetics. ...establishing concrete and original links and networks among writers across nationalities, geographies, genders, and genres. "

Personal Modernisms is an original and thought-provoking study of a network of Late Modernists in Europe, China, and North America. ... [Gifford's] examination involves, among other things, a comprehensive overview of the critical blinders that have hampered our understanding of the "Personalists" (a circle of poets, writers, and critics who promoted their tendency as "New Apocalypse," "Personalist," and "New Romantic") in the current literature. ... Gifford's purpose is to configure our understanding of Late Modernism through the concerns of World War Two era anarchist-oriented poets, critics, and novelists. "

"James Gifford provides plenty of food for thought in his survey of the poets of the New Apocalypse, New Romantics, Personalist movement. Or should it be movements? They are, as he rightly says, mostly overlooked, either by design or accident, in many works of criticism and in university courses. Opinion may differ about the reasons for that, but the historical record of their existence does need to be correctly established, and Gifford’s book is a step in the right direction. " [Full review at http://www. pennilesspress. co. uk/NRB/personal_modernisms. htm]

". ..Gifford makes a persuasive case. ... Engaged in a 'struggle against definition,' the Personalists were perhaps victims of their own success. Certainly, they feel like a missing link in the established narrative. In this metacritical study, however, Gifford shows how literary works must always flow through the authoritarian structure of institutions—which might explain why these anti-authoritarian writers have suffered such neglect. "

"Emphasizing the relevance of English literature outside the British Isles, Gifford examines a network he calls the “personalists” (xi), underscoring the impact of this less renowned, yet incredibly influential group of writers, which had a profound effect on the generations of artists that followed them. Gifford not only diminishes the anonymity of many personalist writers, but also links the artistic production of this trans-continental literary network with a common thread: an antiauthoritarian outlook on life and art. ... With a plethora of detail and an extensive history that contextualizes the personalist network, Gifford’s Personal Modernisms offers something of value to a wide range of readers, from those hoping to discover more about this rather forgotten period of literature, to others interested in pursuing more specialized research on late Modernism or the pre- and post-war literary milieu. " [Full article at http://inquire. streetmag. org/articles/161]

"Rather than reinforcing lineages, "Personal Modernisms" adopts the concept of the network. Networks are social, intertextual, and material in the sense that the relations themselves express as much as the content itself. .. The extensive list of works cited records four major nodes, expanding from Herbert Read, Henry Treece, Woodcock, and Duncan. Other figures include Smart and Patchen. The occlusion in literary history of the midcentury avant-gardes owes, as Gifford observes, to a scholarly habit of organizing writers according to region, which does not work very neatly with writers like Miller. .."

“James Gifford’s Personal Modernisms is the first in-depth account of the personalist English literary network in the pre- and post-World War II ‘gap’ (xvii). Gifford illuminates the interbellum period, where he argues that artists like Henry Miller, Lawrence Durrell, David Gascoyne, Elizabeth Smart, and Alfred Perlès merit significantly more scholarly attention and readership. Emphasizing the relevance of English literature outside the British Isles, Gifford examines a movement which he calls ‘Personalism,’ and underscores the profound impact that this less renown network made on generations of writers to follow.… With a plethora of detail and history, which contextualizes the personalist network, Gifford’s Personal Modernisms offers something of value to a wide range of readers, from those hoping to discover more about these understudied writers, to others interested in the literary milieu of the 1930s and 40s.”

I Lost My Talk 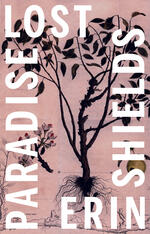 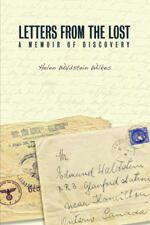 Letters from the Lost 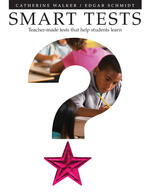