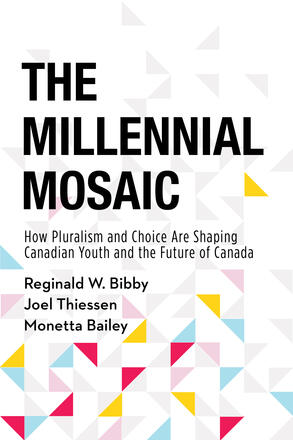 INTRODUCTION
The Worrying Continues … and Is Getting Worse

The phrase “What’s the matter with kids today?” has become a cultural idiom, removed from its origins as a phrase in a popular movie many decades ago. In the four related books on youth that have preceded this one, a point that has been emphasized is that people seemingly have always worried about the latest youth cohort that has been making its way onto the social stage. So it was that Reg and Don Posterski, in the first of this youth book series, The Emerging Generation in 1985, cited educator Anthony Kerr’s observation, “I have a pretty fair idea of history over the past twenty-five centuries and I cannot recall a time when the old were fully satisfied with the young. ” To underline the point, a very old line from Socrates has frequently been recalled: “Children today are tyrants. They
contradict their parents, gobble their food, and tyrannize their teachers. ”
Lest the anxiety level about emerging generations be seen as subsiding as the twentieth century came to an end, Reg noted that a highly respected pollster, Alain Giguere, reflecting on his survey findings concerning the young people of the day, told an Ottawa gathering of the Canadian Conference of Catholic Bishops in 2000, “I tremble to see what kind of society they are going to produce in 20–25 years. ”

We just never stop worrying about young people. Here we are on the eve of twenty-first century’s version of the Roaring Twenties, worrying as much as ever about what the latest youth entry — the Millennials — are going to bring with them and the impact they are going to have on Canada, North America, and the rest of the world.

But there’s a distinct difference in the nature of the anxiety this time around. People keep telling us that the impact is going to be unprecedented because of the revolution in technology that the Millennials have experienced from infancy. Pundits are reminding us that this is the first generation in history that has grown up with the Internet and social media; a generation whose genetic makeup has been affected by unlimited information and global communication.

The information and technological revolution of the late twentieth and twenty-first centuries has been of a magnitude that is extremely difficult to comprehend. Because of the way it has encompassed so much of life in tsunami-like fashion, it has taken on an incredible mystique. Most of us cannot begin to grasp the implications. If information and technology have altered how we meet and live and work and play, what kind of an impact is it having and going to have on life as a whole in the rest of the twenty-first century? All the new technology — texting, smartphones, social media, and online everything — has added new layers of mystery to what is going to happen next.

That’s our way of saying that, yes, we have always worried about the newest, emerging generation, but Millennials in Canada are bringing with them a greatly magnified mystique. We’ve never seen anything like them before. As a result, lots of people have lots of anxiety. This anxiety over Millennials occurs at the very mention of the term. An article featured in The Atlantic in 2014 begins “We can all agree that Millennials are the worst. ” With that resolved, the article continues with an almost afterthought, by-the-way question: “But what is a Millennial?” This book provides considerable information on who Millennials are, what’s important to them, how they might turn out, and the impact they might have on everyone else. In the process, we intend to get past some of the mystique and myths about Millennials and also defuse a fair amount of the anxiety.

In its important study of Canadian Millennials released in February of 2017, Toronto-based research company Environics noted that “much of what passes for analysis of this generation of Canadian adults amounts to little more than anecdote and stereotype,” with the Canadian conversation “remarkably devoid of solid evidence about how Millennials live, what they think, what they value, what they want, or what they hope to achieve. ” Environics made use of an online survey of 3,072 Canadians between the ages of 21 and 36 in July and August of 2016 to provide data on life goals, career aspirations, and political and civic engagement. Similarly, Vision Critical, based in Vancouver with a considerable global reach, released a major overview on Millennials in 2016, drawing heavily on two national surveys with samples of some 800 young Americans early in the year. In introducing its report, it stated, “Companies can’t rely on stereotypes about Millennials. They must become Millennial experts and tailor their brands to meet this generation’s expectations. ”

We solidly concur with the need to go beyond stereotypes and conjecture and obtain sound data on Millennials. That’s why we have undertaken this project.

A prosaic but important point that we want to underline as we begin our examination of Millennials is that if we want to understand the ideas that people have in their heads, we have to ask them. Rather than standing a safe distance away from young people and pontificating from safe but poor sightlines about what they are thinking, planning, and doing, it’s critically important to provide them with the opportunity to tell us what’s going on in their lives.

That’s what we have done. Through two major national surveys carried
out in 2015 and 2016, we have had the opportunity to converse with more than 6,000 Canadians, including more than 1,000 young people between the ages of 18 and 29 who were born between approximately 1986 and 2000. These people under 30 have included the first teenagers in the new millennium — young adults who rightfully can be dubbed “Millennials. “ Close to 600 are 18 to 23. (For methodological details, see the Appendix. )

What makes the examination of the younger Millennials in our surveys so fascinating is the fact that Reg — through his Project Teen Canada surveys dating back to the mid-1980s — has been looking at their slightly younger, 15- to 19-year-old counterparts over the past four decades. The
2015 and 2016 surveys have repeated many of the items from the earlier surveys, making trend examinations possible. For example, we can readily compare young people in 1984 with those in 2016.

At the risk of making readers dizzy, we also can draw on Reg’s Project Canada adult national surveys spanning from 1975 to now, which allow us to compare teenagers and adults over a considerable period of time. In short, we have access to a gold mine of youth and adult data that we can draw on, a body of trend data that simply cannot be matched.

From the outset, we want to remind readers that our primary interest does not lie with numbers but rather with ideas. Consequently, we don’t want to simply throw numbers around so that this becomes a tedious, statistical monograph. On the contrary, we want to look at the survey findings and attempt to interpret them in the context of everyday life. We will draw generously on relevant material from a wide range of academic and additional sources. In the end, we want the research to help us all to understand more clearly “how the world works. ”

A conscious goal is to make the material readily accessible. We want to write with clarity. What’s more, we want this to be an enjoyable conversation, not a lifeless report written by dull clinicians. For worse, and we think for better, our personalities will be readily evident.

Introduction: The Worrying Continues … and Is Getting Worse

1 What Matters: Values/Enjoyment
2 Their Concerns: Personal/Social
3 How They See Life: Individuals/Institutions
4 Sexualities: Sex/Equality Issues
5 Families: Salience/Attitudes/Aspirations
6 The Gods: Religion/Spirituality
7 The Future: The Paradox/So Far/Great Expectations
8 Conclusion: The Good, the Bad, and the Wildcards

The Millennial Mosaic provides an unmatched examination of Canada’s youngest adults, unveiling the news that they are an upgrade on older Canadians, and what it means for the future of Canada.
Highly respected sociologist and veteran trend-tracker Reginald W. Bibby teams up with two Gen X colleagues, Joel Thiessen and Monetta Bailey, to provide an up-to-date reading on how Millennials see the world—their values, joys, and concerns; their views of family, sexuality, spirituality, and other Canadians; and their hopes and expectations as they look to the future. 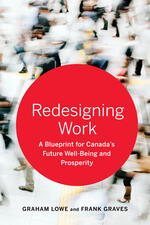 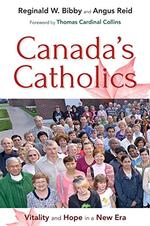 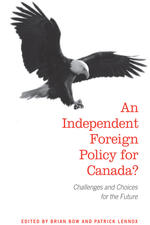 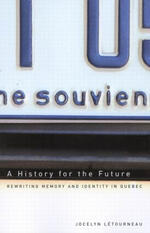 A History for the Future 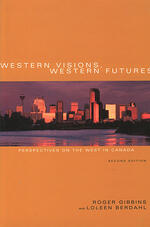 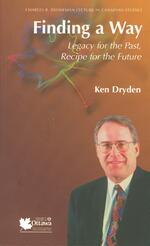 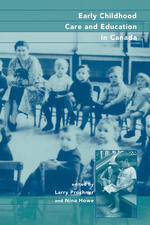 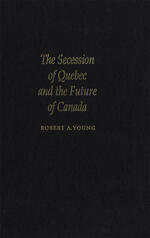 The Secession of Quebec and the Future of Canada