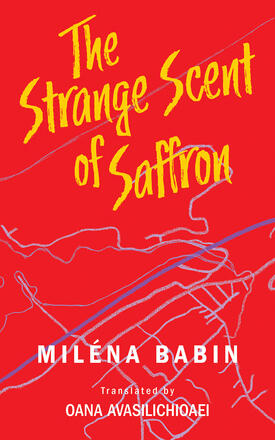 There’s something not right about this girl’s face. As if her right eyelid is heavier than the left. Her uneven gaze makes her look like a friendly robot. She expresses herself with confidence and hesitation in the same breath, as if to cover her tracks. What’s behind that deep notch in the middle of her brow? She clearly bites her nails, and the remaining skin is blackened. Her hair droops sadly, stops just short of touching the shoulders. She stuck her tongue out to catch the last drop of beer. The antithesis of femininity, of most other young women who, like her, barely have a foot in their twenties. Actually, who goes around in such a clunker and could afford a meal at the Gourmand? Unless it holds a stash of dough lifted on her way here, which would explain why she keeps stealing anxious glances in its direction.

There’s no risk though, I’ve got her licence plate number.

Set in Toronto 1970, just as the FLQ crisis emerges to shake an innocent country, eleven-year-old Johnny Wong uncovers an underbelly to his tight, downtown neighbourhood. He shares a room with his Chinese immigrant mother in a neighbourhood of American draft dodgers and new Canadians. In a span of a few weeks, his world seesaws. He is befriended by Rollie, a draft dodger who takes on a mentor role. He grapples with murder, racism, and the children’s welfare society.

Blood is a literal and metaphoric presence throughout the novel: characters menstruate, wound themselves, contract and spread HIV, while also grappling with the blood ties of family and how they can become a snare trap. Babin’s writing is deeply invested in representing the corporeal world, even when that world becomes grotesque. There is the impression that no topic is off limits, especially in the relation to the bodies of young women. Utterly devoid of any attempt at sanitization, Babin depicts young female characters who lust, hunger, bleed, and contract and spread disease.

With a vibrant, frank style, Miléna Babin’s second novel draws the senses into a story made of blood, odours, and flavours.

The disconcerting frankness of the writing, the skillful and witty storytelling, and the scathing humour of the dialogues blend to perfection in this novel that is best read on the roof of an old clunker in the company of a tame fox, if possible...

Once again, her writing shows a refined attention to detail, which she reveals with warmth and sensuality, yet always leaves incomplete, lending mystery to her characters, who are above all marked by the scars of their troubled lives... With a vivid, embodied style, The Strange Scent of Saffron probes the nebula of survival, solidarity, and abuse.

Yet, this novel is not bleak. On the contrary, it’s propelled by an alluring vitality and page-turning inventiveness! 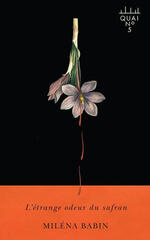 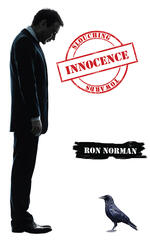 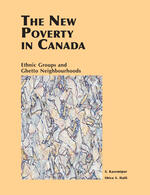