Idil Abdillahi is an Assistant Professor in the School of Disability Studies, and was the Advisor to the Dean on Anti-Black Racism at the Faculty of Community and Social Services at Ryerson University (2020-2021). Dr. Abdillahi is a critical Black Interdisciplinary scholar, researcher, policy analyst, grassroots organizer, and experienced practitioner across healthcare, institutional, policy, and social service settings. She is the author of Black Women Under State: Surveillance, Poverty, & the Violence of Social Assistance (2022), co-author of BlackLife: Post-BLM and The Struggle For Freedom (2019), author of Blackened Madness: Medicalization, and Black Everyday Life in Canada (forthcoming), and a co-editor of the forthcoming edition of Mad Matters: A Critical Reader in Canadian Mad Studies.

Dr. Abdillahi is published widely on an array of topics, including mental health, poverty, HiV/AIDS, organizational development, and several other key policy areas at the intersection of BlackLife and state interruption. Most notably, her cutting-edge research and scholarship on Blackened and antiBlack sanisms has informed the current debates on fatal police shootings of Black mad-identified peoples. Her work is attentive to the tensions between data, research, communities, institutions, and monetization, and she strives to challenge the ways that research data about communities experiencing structural oppression?particularly Black communities?is increasingly used in capital-oriented institutions as it simultaneously is serving socio-political ?care? spaces such as non-profit organizations, prisons, hospitals and community-based health centers. Dr. Abdillahi?s work integrates an understanding of how these institutions and ?care? spaces continue to disproportionately impact Black women/people, leading to their disenfranchisement from ?public? services and supports in Toronto and beyond.

She is a founding member of the Black Legal Action Centre (BLAC) and served as vice-chair of the board of directors. Her lengthy history as a practitioner in clinical, forensic, and grassroots settings led to her being honoured with several awards and accolades for her work in mental health in Toronto. Upon transitioning to work in the academy in 2012, she was nominated as a ?professor who made a mark,? and later won the prestigious Viola Desmond Award, celebrating the achievements of Black Canadian Women. Most recently, Dr. Abdillahi was the faculty recipient of the Sue Williams Excellence in Teaching Award, 2020-2021.

In 2017, she led and co-produced the documentary It Takes A Riot: Race, Rebellion, Reform a film marking the 25th anniversary of the 1992 Yonge Street Uprising in Toronto. She was named one of Toronto?s 12 Most Inspiring Women of 2020 by Post City Magazines. 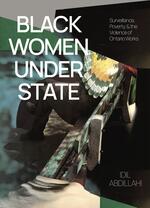 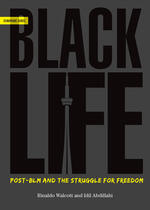