The Honourable Janet Austin was sworn-in as the thirtieth Lieutenant Governor of British Columbia on April 24, 2018. Prior to this appointment, she served as Executive Director of Big Sisters of BC Lower Mainland and spent fifteen years as Chief Executive Officer of YWCA Metro Vancouver. She served on the boards of TransLink, the Greater Vancouver Board of Trade, the Canadian Paediatric Society, the Council for Early Child Development, the Women’s Health Research Institute, MOSAIC and the Dr. Peter AIDS Foundation. She has been a long-time volunteer with United Way of the Lower Mainland and has served on the BC Provincial Advisory Council on Social Entrepreneurship, the City of Vancouver Heathy City for All Leadership Council and the Organizing Committee for the National Retreat for Women. Her Honour is Chancellor of the Order of British Columbia and was invested as a Member of the Order in 2016. 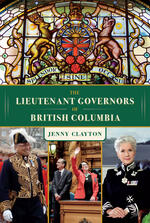 Lieutenant Governors of British Columbia, The