Ruth Bratt is a writer/performer/improviser. As an improviser, she is a regular guest with the Comedy Store Players; is one quarter of the Glenda J Collective with Josie Lawrence, Pippa Evans, and Cariad Lloyd; one half of A Very Serious Play with Lee Simpson; is often in The Actor’s Nightmare; and has guested on Whose Line Is It Anyway Live. She is a founding member of Showstopper! The Improvised Musical, with whom she has performed and taught all over the world, as they continue to tour worldwide and perform regularly in the West End following their Olivier AwardÐwinning run in 2015. She’s a regular player in the London 50-?hour Improvathons, and has done two with Die-?Nasty in Edmonton, where it all started! She plays Roche in the BAFTA-?winning show People Just Do Nothing (BBC), and was Carol in the last series of Man Down for Channel 4. She wrote and performed Trodd En Bratt Say Well Done You with Lucy Trodd (BBC Radio 4). Other credits include Derek (C4), Mongrels (BBC 3), and Sarah Millican’s Support Group (Radio 4). Ruth is an ambassador for World Animal Protection, and likes sitting on sofas with dogs and cats, and is obsessed with ceramics and becoming a part-?time potter. 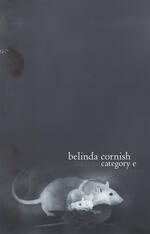