David Brundage, a recently retired professor of creative writing at Athabasca University, is the co-author of Acting on Words: An Integrated Rhetoric, Reader, and Handbook. He has published widely, including creative, educational and scholarly works, as well as having plays and poems produced. Originally from Montreal, for many years he has lived in Alberta on Treaty 6 land. 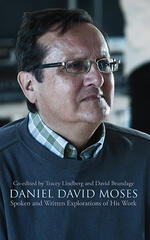