Captain Duke Collins is a master mariner, who was born into a seafaring family in Carmanville, on the north east coast of Newfoundland. Upon completing high school in 1947, he began his career by accepting assignments on Canadian and British cargo and passenger ships. By 1952 he had attained the rank of deck officer; his first command followed in 1956. He entered the Newfoundland and Labrador Harbour, Coastal and Ice Pilotage Service in 1960, and in his capacity as pilot was responsible for the safe navigation of ships up to, and including, VLCC’s. After more than forty years navigating the North Atlantic waters, he retired in 1995. 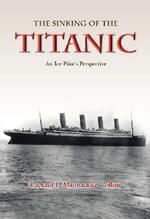 The Sinking of The Titanic