Sky Curtis travelled extensively around Europe after graduating from university and then lived in rural Nova Scotia where she had various poems published in established literary journals and her first play produced by CBC Halifax. After briefly living in England, she then moved to Toronto with her husband and supported her young family by ghost writing high school textbooks, designing educational software, writing magazine articles, teaching, script writing, and creating a syndicated children's column. Sky now divides her time between living in downtown Toronto, backwoods Nova Scotia and Northern Ontario. She has authored over a dozen books and is passionate about social justice issues and the environment. The first novel in the Robin MacFarland Mystery Series, Flush and Traps, were published by Inanna Publications in 2017 and 2019. 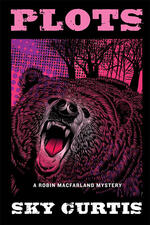