A.J. Devlin grew up in Greater Vancouver before moving to Southern California where he earned a Bachelor of Fine Arts in Screenwriting from Chapman University and a Master of Fine Arts in Screenwriting from The American Film Institute. After working as a screenwriter in Hollywood, he moved back home to Port Moody, BC, where he now lives with his wife and two children. Cobra Clutch, the first book in the "Hammerhead" Jed mystery series, was released in April 2018 and was nominated for a Lefty Award for Best Debut Mystery and won the 2019 Arthur Ellis Award for Best First Crime Novel. The follow-up, Rolling Thunder, will be released in Spring 2020. For more information on Devlin and his books, please visit www.ajdevlin.com. 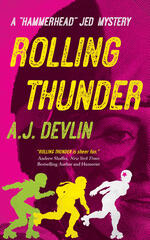 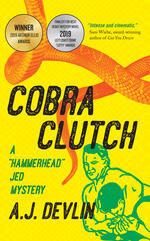