In addition to her fiction work, Escott is the author of In Search of Adventure: 70 Years of the Royal Canadian Mounted Police in Newfoundland and Labrador, culminating from two years of research and interviewing veterans to create this comprehensive collection of personal stories and history of this province.

Her hysterical blog, I Am Funny Like That, was turned into a bestselling memoir. It is a collection of humorous stories about raising children, keeping a marriage together, working, cleaning, and life in general.

Escott is also a playwright who wrote and created the brilliant musical comedy, If It’s Not One Thing, It’s Your Mother.

She is a retired civilian member of the RCMP and was the communications lead on high-profile events, including the RCMP’s NL response to the 9/11 terrorist attacks. Helen wrote and implemented the Atlantic Region Communication Strategies to combat organized crime and outlaw biker gangs, created a media relations course, and taught it in several provinces as well as at the Canadian Police College, Ottawa. She also served as a communications strategist at the 2010 Vancouver Olympics.

Before joining the RCMP, Escott worked in the media for ten years. In 2017, she was presented with the CLB Governor and Commandant’s Medallion in recognition of her achievements of excellence in volunteering and fundraising work, including creating the idea and concept for the Spirit of Newfoundland dinner theatre show Where Once They Stood.

In 2019 she was presented with the Governor General’s Sovereign’s Medal for Volunteers. 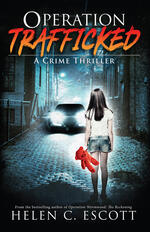