Canada's most storied newspaper columnist, Allan Fotheringham has appeared in the Vancouver Sun and later with Southam News, The Financial Post, Sun Media, The Globe and Mail and Maclean's magazine. He is a graduate of the University of British Columbia, where he was the editor of The Ubyssey. He has lived in Hearne, Saskatchewan, where he was born and started out in a one-room schoolhouse, in London, England where he dabbled in Fleet Street (with little visible impact); in Ottawa (where he did leave a visible impact) and Toronto, where he did post-graduate work and consumed a lot of sherry. He has travelled widely in some 86 countries, has reported from the Soviet Union and China and has been in Africa five times over 20 years. Fotheringham was a columnist in Washington for five years, covering the Reagan and Bush administrations and travelling extensively in the United States. Fotheringham wrote for Maclean's magazine for 27 years, and was a 10-year panelist on the famous Canadian television show, Front Page Challenge. He was the 1964 winner of the Southam Fellowship in Journalism, the 1980 winner of the National Magazine Award for Humour, and the first winner of the National Newspaper Award for column-writing. In 1999, he was inducted into the Canadian News Hall of Fame. In 2002, he was the winner of the Bruce Hutchison Lifetime Achievement Award at the Jack Webster Awards in Vancouver. He now lives, more or less permanently, in Toronto. 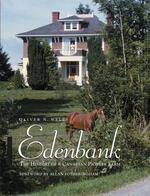