Barry Keith Grant is a professor of film studies and popular culture at Brock University. He is the author or editor of twenty books, including 100 Documentary Films (with Jim Hillier, 2009), Auteurs and Authorship: A Film Reader (2007), Film Genre: Film Iconography to Ideology (2007), Film Genre Reader (2003) and The Dread of Difference: Gender and the Horror Film (1996), and his work has appeared in numerous journals and anthologies. He edits the Contemporary Approaches to Film and Television series for Wayne State University Press and the New Approaches to Film Genre series for Wiley Blackwell. 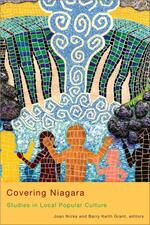