STEVEN HEIGHTON (1961-2022)’s most recent books were the novel The Nightingale Won’t Let You Sleep (Hamish Hamilton, 2017), the Governor General’s Literary Award–winning poetry collection The Waking Comes Late (House of Anansi Press, 2016), and the memoir Reaching Mithymna (Biblioasis, 2020), which was a finalist for the Hilary Weston Writers’ Trust Prize for Nonfiction. He was also the author of the novel Afterlands, which was published in six countries, was a New York Times Book Review Editor’s Choice, and was a “best of year” selection from ten publications in Canada, the U.S., and the U.K. The novel was optioned for film by Pall Grimsson. His other poetry collections include The Ecstasy of Skeptics and The Address Book. His fiction and poetry have been translated into ten languages, have appeared in the London Review of Books, Tin House, Poetry, Brick, the Independent, the Literary Review, and The Walrus Magazine, among others; have been internationally anthologized in Best English Stories, Best American Poetry, The Minerva Book of Stories, and Best American Mystery Stories; and have won the Governor General’s Literary Award for Poetry, the Gerald Lampert Award, the K. M. Hunter Award, the P. K. Page Founders’ Award, the Petra Kenney Prize, the Air Canada Award, and four gold National Magazine Awards. In addition, Heighton was a finalist for the Governor General’s Literary Award, the Trillium Book Award, the Pushcart Prize, the Journey Prize, the Moth Prize, and Britain’s W. H. Smith Award. Heighton was also a fiction reviewer for the New York Times Book Review. He lived in Kingston, Ontario. In 2021, Wolfe Island Records released an album of his songs, The Devil’s Share. To listen, visit www.wolfeislandrecords.com/stevenheighton. 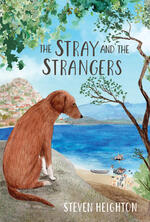 The Stray and the Strangers 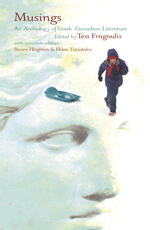