Gordon Jones is a member of and the Canadian Authors Association, Heritage Toronto and the Friends of Fort York. He has been writing about Canadian history for over 30 years history and studying documents focusing on the War of 1812, including the major battles of the war and the significant military figures involved. His research has led him to publish his first book, Defending the Inland Shores in 2017. Saving Tiberius is his second published book. He lives in Toronto, Ontario. 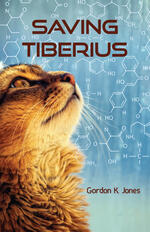