Kaie Kellough is a novelist, sound performer, and poet. His latest collection of poems, Magnetic Equator, will be released by McClelland and Stewart in March 2019. His upcoming collection of short fiction, Dominoes at the Crossroads, will be released by Véhicule Press in the fall of 2019. His novel Accordéon, published in 2016, was shortlisted for the Amazon Foundation First Novel Award. He has released two audio recordings that explore sound poetics with instrumentation. His work migrates between poetry and fiction, between Canada and the Caribbean, and between text and sound. 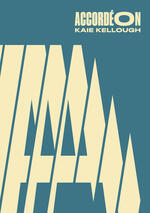