Christina Kilbourne was born in southwestern Ontario and spent her elementary and high school years in Muskoka, a resort area two hours north of Toronto. She graduated with an Honours B.A. degree in English Literature and Anthropology from the University of Western Ontario and completed her M.A. degree in Creative Writing and English Literature at the University of Windsor, Ontario. She previously published five books of adult, young adult, and juvenile fiction, and has had two of her novels translated into Ukrainian and Portuguese. Her book "Dear Jo" won three young reader choice awards in Canada in the same year - one in Manitoba, one in Saskatchewan, and one in British Columbia. It was also nominated for a New York State young reader choice award. She currently lives near Bracebridge, Ontario. 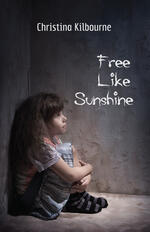