Stephen Kimber, an award-winning writer, editor, and broadcaster, is the author of 10 books, including two novels and eight works of nonfiction. His most recent nonfiction book—What Lies Across the Water: The Real Story of the Cuban Five—was long-listed for the Canadian Booksellers Association's Libris Award as Nonfiction Book of the Year, won the 2014 Evelyn Richardson Award for Nonfiction, and the Cuban Institute of the Book's 2016 Reader's Choice Award. A journalist for 50 years, he is a professor in the School of Journalism at the University of King's College in Halifax and co-founder of the King's MFA in Creative Nonfiction program. 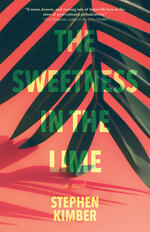 The Sweetness in the Lime