Register now to learn about Catalan literature and culture, the 2022 London Book Fair Spotlight, in our upcoming webinar on the Catalan book market.

Located in the northeastern region of Spain, Catalonia boasts a unique linguistic and literary tradition with ties to Spanish history and culture. Perhaps best known for the region’s capital city, Barcelona, the region’s flourishing publishing sector has helped to foster the interest in, and knowledge of, Catalan language and literature around the world.

With an open and vibrant culture, Catalonia’s writers and readers are familiar with numerous international literary and cultural traditions, and Catalan publishers are increasingly making inroads into other markets through translation and the spread of Catalan music and film. The region’s linguistic duality and cultural diversity present an excellent opportunity for Canadian publishers interested in buying Catalan titles or in selling Canadian titles in English or French to Catalan publishers.

This live webinar will be followed by an interactive Q&A period with the hosts. 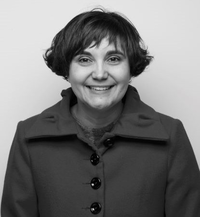 Marina Espasa is the author of two novels, La dona que es va perdre (2012) and El dia del cérvol (2016). She writes literary criticism for the daily newspaper Ara and has translated into Catalan works by Virginie Despentes, H.D. Thoreau, Judith Butler, Rebecca Solnit, and Deborah Levy. In her role as a cultural journalist, from 2002 and 2011 she collaborated on different television programs about books. Between 2016 and 2019, she was the Head of Barcelona City Council’s UNESCO Barcelona City of Literature Office. Since 2021, she is responsible for programming literary events at the bookstore Finestres, which she co-founded. 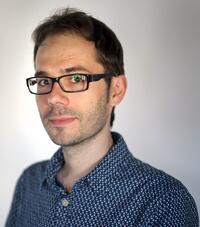 Gonçal López-Pampló Rius is the editor-in-chief of Edicions Bromera, as well as a Lecturer in Catalan Language and Literature at the University of Valencia. He has a degree in Catalan Studies and a degree in English Studies. In 2016, he became a Ph. D. with a doctoral dissertation about literary theory. He is a current member of the board of Editors.cat (Catalan Publishers Association) and the vice-president of the AEPV (Valencian Publishers Association).