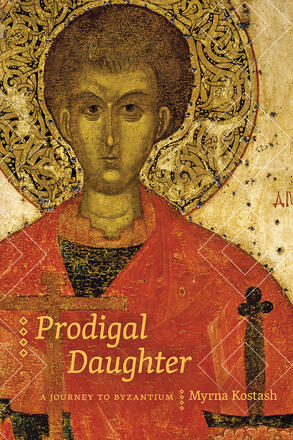 A Journey to Byzantium

A deep-seated questioning of her inherited religion resurfaces when Myrna Kostash chances upon the icon of St. Demetrius of Thessalonica. A historical, cultural and spiritual odyssey that begins in Edmonton, ranges around the Balkans, and plunges into a renewed vision of Byzantium in search of the Great Saint of the East delivers the author to an unexpected place?the threshold of her childhood church. An epic work of travel memoir, Prodigal Daughter sings with immediacy and depth, rewarding readers with a profound sense of an adventure they have lived. This book will appeal to readers interested in Ukrainian-Canadian culture, the Eastern Church, and medieval history, as well as to fans of Kostash's bold creative nonfiction.

Kostash works her extensive bibliography into the academic texts, (for example, she quotes a poem by Bernadette Wagner on Demeter); but her first-hand impressions overcome exposition and truly capture informal interviews with an assembly of relevant characters. Throughout she engages the reader in this evolutionary and epic quest. Anne Burke, Prairie Journal Trust

"Prodigal Daughter, A Journey to Byzantium provides a fine historic narrative of one woman's journey through the Balkans as she searches for the real Demetrius. Questioning her inherited religion, she embarks upon a personal and spiritual journey that begins in Canada and takes her to the Balkans. History, memoir and travelogue blend in a vivid personal journey of discovery. " California Bookwatch, The Travel Shelf, March 2011

"The slow recovery from the hubris of Western Civilization must include a reconsideration of Byzantine culture. Prodigal Daughter, with its perspective of personal exploration adds something new and different. " John-Paul Himka, Professor in History and Classics, University of Alberta

"Written in lyrical, vibrant prose, Prodigal Daughter is part travelogue and part memoir - a detailed account of findings from her travels to Greece, Bulgaria, Croatia and Macedonia. ... One of the book's strengths is the author's passion for her subject. During her travels, Kostash arranges countless interviews with art historians, archaeologists, priests and theologians in order to pick their brains about St. Demetrius. ... Throughout the book, Kostash demonstrates her ability as a storyteller. Some of the most memorable vignettes describe her meetings with an archaeology professor and an art historian in Belgrade. As well, Kostash renders her own interpretation of Demetrius's final day, along with an account of the events leading up to his death. Winner of the 2011 City of Edmonton Prize, Prodigal Daughter is a thought-provoking book. " Bev Sandell Greenberg, Prairie Fire Review of Books, Vol. 11, No. 3

"Kostash gives an historical account of the way that Greeks, Bulgarians, Serbians and Macedonians have fought for possession of Demetrius. The writing is lively, told through interviews, mythological descriptions of the saint, and visits to ancient churches. But this is not the crux of Prodigal Daughter. The intellectual journey ends with the chapter 'Lord, have Mercy. ' Talking to an icon painter, Kostash suddenly discovers that her quest is not intellectual, but spiritual. She wants transcendence; she wants to be moved by a force from outside herself. The second half of Prodigal Daughter explores this spiritual side of her journey. ... [D]espite the richness of the old world, Kostash is not yet spiritually at home. Instead, it is in the moving epilogue that she brings her journey to conclusion. " Jeff Stepnisky, New Trail, Winter 2011

"Part spiritual quest, part scholarly inquiry, part travel memoir, Prodigal Daughter is as richly layered as the civilization [Kostash] explores. A self-described secular humanist, Kostash nevertheless has a deep interest in the Orthodox Church, and the result is an intellectually vigorous study. ... The journey itself, like many quests that writers undertake for self-examination and reflection, is more important than reaching conclusions. ... The award-winning Kostash. ..weaves all of her themes of religion, Byzantine and Slavic history and the diversity of the Balkans into an engrossing and richly informative story. " Cheryl Purdey, The Edmonton Journal, January 8, 2011

"The author also has a good eye for humour and amusing anecdotes. These lively accounts, coupled with astute observations and interviews with experts on St Demetrius, do much to make the book come alive. On reading "Prodigal Daughter", the reader is rewarded with a vivid picture of the lands through which Kostash is travelling - not just the religion and medieval history of those regions, but how they exist today in their modern post-Soviet guises. " Mike Carr, The Anglo-Hellenic Review

"Myrna Kostash's stellar Prodigal Daughter might be a conundrum for cataloguing librarians as it could be pegged as travelogue, spiritual quest, memoir, historical study, and scholarly work. To make it simple, perhaps a new category of 'Must Read' should be created. " "Prodigal Daughter follows Kostash's quest to answer 'Who is St. Demetrius?' In her fascinating and richly layered work, she journeys geographically and spiritually through the Balkans, discovering and reexamining her roots and the history of the complex part of the world. She is sweeping in her exploration, visiting churches, museums, and cafes; talking with scholars, religious leaders, friends, new and old. Beautifully written and carefully rendered, it is clear that Kostash is a master at her craft. " "Prodigal Daughter is a true voyage to Byzantium. From the classrooms and Sunday schools of Edmonton, Alberta, to the deeper faith that accompanies belief, Myrna Kostash chronicles a liturgy of discovery. This is a luminous personal narrative, both quest and love story, deeply sensitive and evocatively written. It breaks a silence and investigates the silence behind deep and profound transmutation. " "Of the three, Myrna Kostash's work Prodigal Daughter involves a journey that is both physical and metaphysical, taking her deep into the modern Balkans to seek the roots of Demetrius, whose life and example were part of the formative spiritual experience of her own childhood. In the process, we find a spellbinding narrative crafted by a writer in the full maturity of her powers, an effortless segue between physical, political, emotional, intellectual and cultural spheres. Wry insights, a lovely sense of time and place, a fine ability to incorporate the telling detail, make Kostash's memoir deeply memorable. The integration of private and public space, done fearlessly and openly, without any hint of apology or condescension, make her work all the more germane in a borderless world where barriers between language, cultures, people are assaulted in ways unimaginable in any previous age of the human experience. Hers is very much a book of our times, and about our times: of how we are both blessed and cursed with the past. In her hands the past is no longer a foreign country, but a vigorous current in the present. " Juror comments. Winner of the WGA's Wilfrid Eggleston Award for nonfiction prize, 2011 Alberta Book Awards

"Myrna Kostash sets out to discover and explore the roots of Canadian-Ukrainian culture and religious essence in the ancient world of the Byzantine Empire. This brings her to a scholarly investigation of her own intricate linkage and debt to the world of the Eastern Orthodox Church. Prodigal Daughter is at one and the same time an anthropological, cultural, and religious quest on two levels: the personal, autobiographical and the wider sociological and cultural. It is both deeply spiritual and intellectually satisfying. " Tom Harpur, author, journalist, TV host

"Prodigal Daughter is both like and unlike anything Kostash has written before, and I think it may just be her best book to date. ... For at its heart, Kostash's journey into discovering who and what St. Demetrius may be-both in a historical and contemporary sense-is a shockingly honest and open articulation of a spiritual quest, one that is rich with possibilities. " Lindy Ledohowski, Canadian Literature, June 2012. 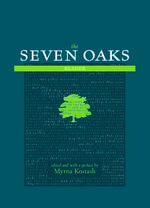 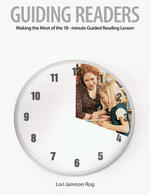 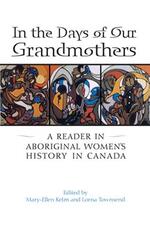 In the Days of Our Grandmothers 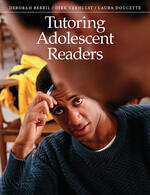 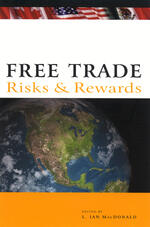 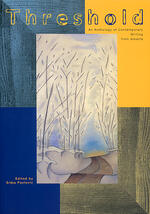 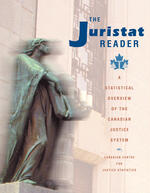 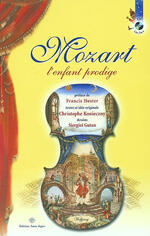