Canada's Monarchy in the Age of Disruption

Introduction: The Crown in a Time of Transition
D. Michael Jackson

Queen Elizabeth II is approaching a record-breaking seven decades
as sovereign of Canada, the United Kingdom, and fourteen other
Commonwealth realms. This book considers how the monarchy may evolve
in Canada when her reign eventually comes to an end. Our contributors
look at the historic relationship between the Indigenous Peoples and the
Crown, the offices of the governor general and the lieutenant governors,
the succession to the throne, and the likely shape of the reign of the next
monarch. How will the venerable institution of constitutional monarchy
adapt to changing circumstances in twenty-first-century Canada?

Royal Progress: Canada’s Monarchy in the Age of Disruption is a deliberately
paradoxical title. Can progress and disruption coexist? Certainly the
third decade of the twenty-first century may be termed an age of disruption.
Yet a theme running through the essays in this book is the continuity
of the monarchical institution — its sheer staying power and adaptability,
which have earned it the sobriquets of “shapeshifting Crown” and “chameleon
Crown. ” The authors of some of the essays recognize republican
objections to the British-based constitutional monarchy in Canada. They
respond by emphasizing two cardinal points: (1) the Canadian monarchy
is here to stay for the foreseeable future because it is entrenched in the
Constitution; and (2) the Canadian version of the Crown, if properly
understood, supported, and adapted, is a distinct asset to Canada’s political
and social culture.

On this basis, the authors explore the positive roles the Canadian
Crown can, does, and should fulfill, and changes that would facilitate the
“progress” of the institution. These range from deepening and extending
the link between the Crown and the Indigenous Peoples to thoroughly
reforming the way viceregal representatives are chosen. Along the way, the
authors offer specific proposals for strengthening the provincial dimension
of the Crown, enhancing the relationship with the sovereign, and understanding
the basic philosophy of constitutional monarchy. The final chapter,
“Heritage and Innovation,” neatly sums up the thrust of the book.

The Indigenous Dimension
In part one, “The Crown and Indigenous Peoples,” four authors, two of
them Indigenous, explore the meaning and potential of this centuries-old
relationship. For them, it involves not just political and constitutional
arrangements, but a profound, almost mystical, rapport with the sovereign,
and with the principles and ideals she represents.

Respected Six Nations scholar Rick W. Hill Sr. and Nathan Tidridge,
a perceptive observer of First Nations–Crown matters, hearken as far back
as the seventeenth-century encounters of French and Dutch settlers with
the First Nations in eastern North America. Negotiated through “wampum
diplomacy,” peace agreements between Indigenous nations and European
monarchs allowed “radically different cultures to be incorporated into the
complex networks and relationships that already existed between the various
Indigenous nations. ” English, then British, settlers quickly picked up on
the practice, which evolved into the rich and complex Crown-Indigenous
rapport that continues to this day in Canada. For Hill and Tidridge, it is
symbolized by the “Silver Covenant Chain of Peace,” representing mutual
respect and self-rule. This covenant chain protocol, they say, is not simply
a colourful relic of the past: it is equally relevant today as an instrument to
foster reconciliation. Of this, the historic gathering of Canadian viceregal
representatives with Indigenous leaders in 2019 at the Chapel Royal of
Massey College, Toronto, was a poignant illustration.

The leader who gave the keynote address at this gathering, National
Chief Perry Bellegarde of the Assembly of First Nations, contributes the
next chapter. He focuses on the history and intent of the treaties between
the Crown and the First Nations. These constitute the “fundamental relationship,
the foundation for this country called Canada. And that relationship
was built on peaceful coexistence and mutual respect — to mutually
share and benefit from these lands. ” Bellegarde emphasizes the essential role
of the sovereign in the treaty process. While elected politicians come and
go, the Crown is always there to symbolize and embody the principles and
ideals of Canada’s relationship with the Indigenous Peoples.

That relationship is not just one of governance or even peaceful coexistence,
however. For Perry Bellegarde, the treaties are more than negotiated
agreements: they are sacred covenants. “Our treaties are covenants with
God, Creator, and all of creation. ” As Canadians face major challenges such
as climate change and biodiversity, the First Nations can contribute the wisdom
and experience of their world view to their non-Indigenous partners,
developing with them a holistic vision of environmental stewardship. The
national chief concludes that as “the direct representatives of the Queen and
therefore the holders of a sacred trust on behalf of the Crown,” the viceregal
persons “are the caretakers and witnesses to this immutable relationship. ”

Appropriately, the third chapter in this part of the book is written by
a former viceregal representative. Judith Guichon has spent much of her
life close to the land: “I am at the core a farmer and an environmentalist. ”
Perry Bellegarde’s notion of the treaties as sacred covenants with the natural
world therefore strikes a strong chord, and she notes that this view is shared
by the Prince of Wales, heir to the throne. During her time as lieutenant
governor of British Columbia, Guichon gave high priority to the provincial
Crown’s interaction with the First Nations, which, she affirms, needs to
be characterized by “respect, relationships, and responsibility. ” She concurs
with the authors of the preceding essays that the monarchy is key to the
treaty relationship.

Indeed, Judith Guichon sees a parallel between monarchy and
Indigenous culture: “Monarchs have a role somewhat like hereditary chiefs
and elders in the First Nations communities. The monarch in our constitutional
monarchy represents sober second thought and wisdom, not the next
political cycle but rather enduring truths and the historical evolution of our
nation through generations. ”

Reviewing and Reinvigorating the Viceregal Offices
The provincial manifestation of the Crown comes to the fore in the opening
chapter of part two, “The Evolving Viceregal Offices. ” Fortuitously,
its author is Andrew Heard, a prominent political scientist from Judith
Guichon’s home province, who has written about her use of the reserve
power to refuse dissolution of the legislature in British Columbia in 2017.
This was in itself an illustration that viceregal powers are by no means obsolete:
the lieutenant governors continue to fulfill the role of “guardians of
the constitution, who may at times refuse to act on unconstitutional advice
from their first ministers and cabinets. ”

Regardless of their nominal status, the lieutenant governors are key
figures in their jurisdictions, and not only in constitutional matters.
“Viceregal officers are supposed to personify the provincial society and
polity as figures who are above politics and who can appeal to all in their
community,” says Heard. 3 He calls for a more effective way of selecting lieutenant
governors, who must be politically neutral while in office. For better
or worse, the appointment is entirely in the hands for the federal prime
minister. When Conservative Stephen Harper occupied that position, he
established a committee to advise on viceregal appointments. Despite its
positive track record, his Liberal successor, Justin Trudeau, scrapped the
process. For Andrew Heard, this reversion to political, sometimes overtly
partisan, appointments, is regrettable.

Eleven authorities on the constitutional monarchy in Canada discuss how this historic institution, inherited from the United Kingdom and shared with 14 other countries, will change after the long reign of Queen Elizabeth II comes to a close. They consider the succession to the throne, Indigenous Peoples, and Canadian political culture. 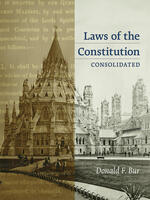 Laws of the Constitution 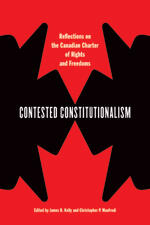 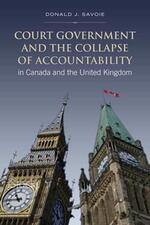 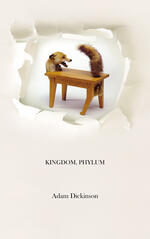 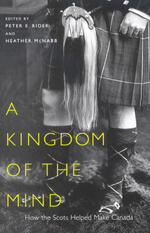 A Kingdom of the Mind 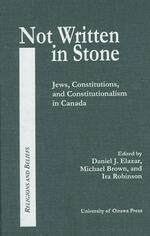 Not Written in Stone 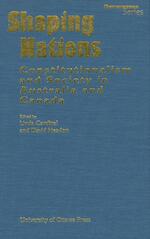 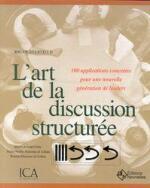