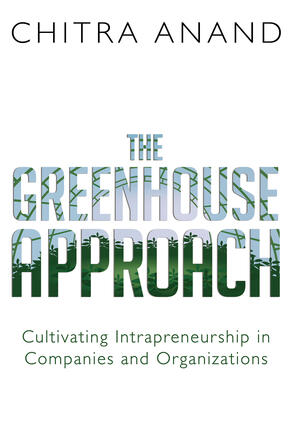 Cultivating Intrapreneurship in Companies and Organizations

Planting the Seeds of Rebellion

“There’s a rebel lying deep in my soul. ” — Clint Eastwood

In order to have true innovation — to really break through and todisrupt and see things in a radically different light — rules must be broken.

My guess is right now you might be inclined to toss this book defiantly across the room in disbelief. “We need to break rules? What kind of crazy advice is that? It will be chaos!”

Of course, if you are like most people, your first response will be resistance. A simple fact is that we tend to be okay with the status quo. And we will accommodate the status quo as long as we can. When we were children at school there was always at least one kid who refused to behave. “You’re making it difficult for all the other children!” warned the teacher. Here’s the thing: for whatever reason, that kid saw the world differently. They also saw their own role in the world differently. They didn’t care about obeying the rules or complying with an agenda. Isn’t that why we call them “rebels”?

Here’s a question that underscores everything that we will be discussing, not only in this chapter but throughout The Greeenhouse Approach: When it comes to breaking rules, who wins and who loses? Another perspective on this question might be thinking about the difference between a rebellion and a mutiny. Here’s a hint: one can be led and directed, the other can’t.

Salt.
It’s a simple commodity known (and readily available) to us all. We sprinkle it on foods to bring out their flavours. Some of us use salt to preserve foods, and many of us try not to eat too much of it.

For most people today, that’s where the salt connection ends.

But salt is symbolic to Indians. It is a symbol of freedom and independence.

Salt was once a highly valued substance. Roman soldiers were sometimes paid in salt rather than gold. (He wasn’t worth his salt. ) The word “salary” comes from the Latin word for “salt. ”

During the nineteenth century, India was under the British Raj (British Rule), and Indian nationals were severely oppressed. The primary objective of the Raj? To export cheap raw materials from India to England. To do this, the Raj imposed unfair laws on the native Indian population, many of whom were treated cruelly, imprisoned, and died of starvation.

To prevent salt smuggling and to collect customs on tobacco, sugar, and other commodities, the Raj constructed a four-thousand-kilometre wall basically down the centre of the county. Known as the “Inland Customs Line,” the wall was three metres high and four metres thick. It was constructed from materials like thorny bushes, stakes, and prickly plum branches and was designed to be impenetrable.

For the enslaved Indians, this wall was a visible and humiliating symbol of the oppression of the British Raj. It stood for ten years, until 1879, when it was decided it posed too great a barrier to travel and trade; maintenance costs, too, proved exorbitantly high.

The removal of the wall, however, failed to address the core problem of the oppression of India’s enormous population. Indians were prevented from collecting or selling salt, for instance, a staple in the Indian diet. The Salt Act of 1882 required Indians to buy salt only from the British (and, of course, the commodity was heavily taxed, preventing most citizens from being able to afford it). Okay. What does any of this have to do with business and innovation?

Gandhi: The Rebel of Passive Resistance
Mahatma Gandhi was a great man. He was the leader of the independence movement that liberated India from British rule. Most astonishingly, he achieved this through nonviolent means, encouraging acts of mass civil disobedience.

One of the most famous examples of these was the Salt March.

In 1930, Mahatma Gandhi made a bold statement that would lead to the liberation of India. His Salt March saw him (and tens of thousands of followers) march 240 kilometres to the ocean. The goal was to simply pick up a handful of salt in defiance of the Salt Act.

Gandhi and sixty thousand others were arrested in this peaceful protest, but Gandhi was a force to be reckoned with. The mass civil disobedience led by Gandhi continued after his imprisonment and it continued until he and the viceroy of India were able to come to an agreement that would see Gandhi travel to London to be given a voice at a conference on
the future of India. Gandhi was acknowledged by the British as a force it could neither ignore nor overwhelm. Gandhi’s strategy of peaceful resistance changed history, and he would become an inspiration for other human rights leaders like Martin Luther King, Jr. and Nelson Mandela.

Their struggles are an incredibly powerful lesson in how commitment to first principles, and thinking differently about the power of the status quo can be liberating. An adversary is never so powerful as to be invincible — especially when the adversary is no farther away than our own assumptions or habits. The key is being a creative disruptor. Like Coco Chanel.

Challenging the status quo, Chitra Anand’s The Greenhouse Approach is about the power of intrapreneurship: managers and misfits, visionaries and specialists, rule breakers and risk takers, magic makers and disruptors. The Greenhouse Approach distils Anand’s research and experience in the technology sector, gained over more than 20 years, into a simple guide to how to shift corporate culture, identify the true agents of change within a company, and assemble top-notch teams. To learn more about this publisher, click here: http://bit. ly/2u4bIyE

The Greenhouse Approach is full of insights, lessons, and stories for businesses seeking to thrive in this world of constant change. Chitra Anand has found new ways to understand innovation—which may well be the most important thing for us all to think about.

The Greenhouse Approach takes an enticing look at the concept and importance of Intrapreneurship within organizations. Allowing that dynamic to evolve is a critical contribution of value to the enterprise, and essential to growth and sustainability in today’s rapidly changing environment.

An insightful guide on the underlying roots of innovation thinking and development. The Greenhouse Approach reveals what’s core and critical to your innovation effectiveness through an intrapreneurial mindset.

The Greenhouse Approach goes beyond theories of what innovation should look like within organizations. This book questions core ideas that inhibit people and organizations in realizing what innovation can and should be — ideas like the dangers of consensus thinking and applying first principles thinking to how we approach our innovation efforts. An introspective read
that is an excellent guide for organizations.

Chitra Anand addresses the biggest challenge to creativity and innovation: the internal resistance to change and the stubborn or fearful reluctance to consider a new idea or a new process or an entirely new way of doing business. This book should be required reading for all corporate managers. 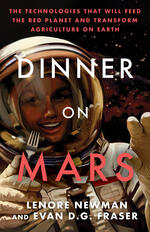 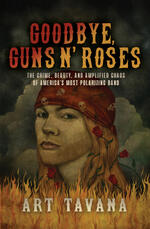 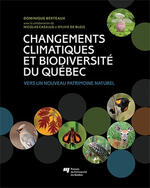 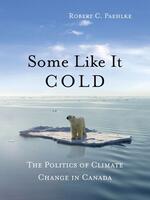 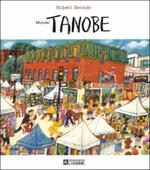 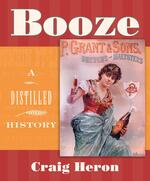 The Making of Billy Bishop