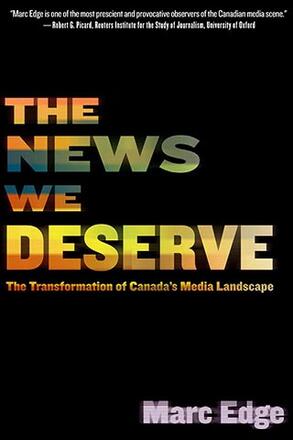 The News We Deserve

The Transformation of Canada's Media Landscape

From the Introduction: Acrimony and Outrage Canada’s news media exploded in acrimony and outrage in late 2015 as many woke up to the possibility that their country’s largest news gathering organization had been taken hostage by financial and ideological forces that hardly held public service as their highest ideal. The federal election that October provided the first clue for some as to just how rotten their news media had gotten. For others, it was the last straw. After newspapers owned by Postmedia Network, the country’s largest chain, endorsed in unison the decade-old Conservative government of Stephen Harper, Edmonton Journal columnist Paula Simons simply had to speak up. “Before you ask, this was a decision made by the owners of the paper,” she revealed on Twitter. “As is their traditional prerogative. ”1 It wasn’t the first time an endorsement order had come from head office, even that year. In May, the Journal’s editor admitted that Postmedia had ordered its four Alberta dailies to endorse the Conservatives during the provincial election campaign. “The owners of the Journal made that call,” Margo Goodhand told Canadaland, the website and podcast that shone an increasingly unflattering light on the country’s mainstream media. Postmedia CEO Paul Godfrey, a former Conservative politician, defended the corporate decision to impose its political will on its journalists and readers. “Since God made babies, I think [endorsement editorials] were always made that way,” he told the Globe and Mail, “and if anyone thinks otherwise, I think they were dreaming in Technicolor. ” John Honderich, chairman of the board at Torstar Corporation, which published the competing Toronto Star, lashed out at the power broker who was paid $1. 76 million a year to lead Canada’s largest news media company, which was owned mostly by US hedge funds. “Really, Mr. Godfrey?” wrote Honderich in a column printed not just in the Star but also in several of the chain’s other dailies, including its Metro commuter tabloids across ­Canada. “You might want to examine the policies of other newspaper chains that tell an entirely different bedtime story. ” Postmedia predecessor Southam Inc. , noted Honderich, “went to great lengths to emphasize individual publishers in each city were responsible for all editorial content, including election endorsements. ” So had the erstwhile Thomson chain, which included the Globe and Mail, and even the giant Gannett company in the US.
The reason, of course, was self-evident. What was important or relevant to readers in Vancouver might not be so in Montreal, Ottawa or Windsor. Owning a newspaper, in my view, is a privilege not a right. Nor is it the same as owning a pizzeria or car wash. Newspapers are an essential informing part of the democratic process and their first responsibility must be to the local readers they serve. Outrage soon grew when, two days before the federal election, Postmedia and Sun Media dailies across the country came wrapped in full-page advertisements. Depending on the location, the aptly yellow ads were headlined “Voting Liberal will cost you” or “Voting NDP or Liberal will cost you” followed by a campaign message and a ballot marked “Conservative. ” Rancor resounded from coast to coast. “This was crossing the Rubicon,” wrote Geoff Olson in the semi-weekly Vancouver Courier, mincing no words. “Whoring out front pages across the country just days before an election was a low unworthy even of media mogul Rupert Murdoch and his boss, Satan. ...Here was a case of boardroom Judases selling their publications’ paper-thin integrity for a few pieces of silver. ” Godfrey pointed out that advertising was how newspapers made money. “Anybody, the Liberals could have done it, the NDP could have done it, as long as they pay the going rate,” he told the Globe and Mail. “Newspapers have to seek whatever revenues they can get. ” But the capper came on election day, when National Post columnist Andrew Coyne resigned as the newspaper’s editor of editorials and comments. Coyne’s resignation came, he explained on Twitter, after Postmedia decided to drop his column that day because its endorsement of a party other than the Conservatives “would have confused readers and embarrassed the paper. ” He disagreed. “I don’t see public disagreement as confusing,” Coyne tweeted. “I see it as honest. Readers, in my view, are adults & understand that adults can disagree. ” While he resigned his editor position, Coyne continued to write his column, which soon re-appeared. In a series of tweets, he called the editorial interference by his employer “unprecedented” and explained that he “could not allow the precedent to stand. ” The website Ricochet noted it was the second time in two months that Postmedia management had pulled rank on Coyne. “How can an editor do their job if their decisions are repeatedly overruled by owners who have a clear political agenda and tolerate no dissent?” asked writer Ethan Cox.

Marc Edge is a former reporter and editor who holds a PhD in Mass Communication and has taught in journalism schools around the world. He has published numerous articles on the media and three books, most recently Greatly Exaggerated.

The News We Deserve documents the most under-reported story in Canadian news: the behind-the-scenes takeovers, mergers, share swaps, regulatory maneuvers, and private ambitions that have reshaped the content and business models of today’s print and online newspapers to privilege corporate profits and political influence over the goal of informing citizens. A generation of laissez-faire government attitudes toward media ownership smoothed the way for the stealthy transformation of Canada’s mainstream press from its old ideal as fearless expositor of truth, as epitomized by Woodward and Bernstein, to a partisan, activist press that openly advocates certain outcomes.

“Marc Edge is one the most prescient and provocative observers of the Canadian media scene. The News We Deserve is a compelling book showing how money, policy, and education have aligned to give Canadians poorer journalism than they deserve. Anyone concerned about the role journalism plays in Canadian politics, culture, and society will ﬁnd his critique unsettling.”

— Robert G. Picard, Reuters Institute for the Study of Journalism, University of Oxford 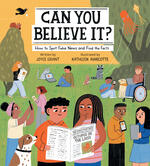 Can You Believe It? 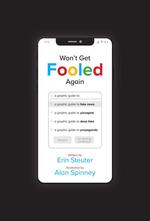 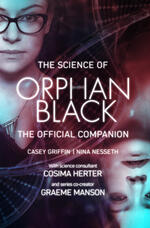 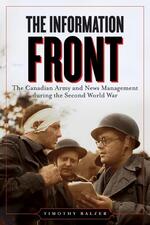 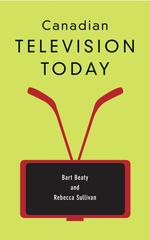 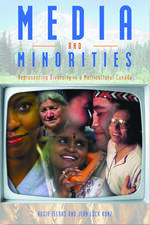