Susan Flanagan has worked as a freelance journalist in St. John’s for more than thirty years. She graduated from King’s College in Nova Scotia with a Bachelor of Journalism in 1991, and her written works have appeared in Canadian Geographic, National Geographic (maps), Canadian Running, Newfoundland Quarterly, Hockey News, Doctors’ Review, Atlantic Progress, Atlantic Business, Saltscapes, and many others.

Susan contributed a biweekly column, “48 Degrees,” to the Newfoundland Herald (2002–04) and a weekly column, “The Kids are Alright,” to the Telegram (2011–15). She has been a contributor on CBC Radio (St. John’s), The Point, Out Front, Radio Noon, and Definitely Not the Opera (DNTO) and has worked for both NTV in St. John’s and CBC TV in Halifax and St. John’s as reporter, producer, and researcher.

She lives with her husband and two of their five children in St. John’s. 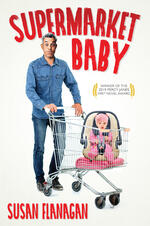