Nora Gold is a prize-winning author and the editor of the prestigious online literary journal, Jewish Fiction .net. Her novel Fields of Exile won the 2015 Canadian Jewish Literary Award and received widespread acclaim, including from Cynthia Ozick. Gold's first book, Marrow and Other Stories, won a Canadian Jewish Book Award (1999) and was also praised by Alice Munro. Gold lives in Toronto, where she is the Writer-in-Residence and an Associate Scholar at the Centre for Women's Studies in Education (CWSE) at the Ontario Institute for Studies in Education (OISE), University of Toronto. 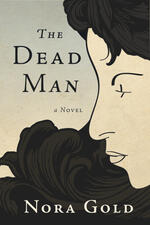