Cole Harris, for years a student of immigrant societies in early Canada and of their relations with Indigenous peoples, is the editor of the first volume of the Historical Atlas of Canada (1987) and the author, among other works, of Making Native Space: Colonialism, Resistance, and Reserves in British Columbia (2002) and The Reluctant Land: Society, Space, and Environment in Canada before Confederation (2008). The winner of many academic awards, he is also a Fellow of the Royal Society of Canada and an Officer of the Order of Canada. He is a professor emeritus of historical geography at the University of British Columbia. 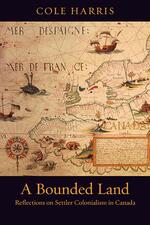