Nina Newington’s first novel, Where Bones Dance, won the Writers’ Guild of Alberta Georges Bugnet Award in 2008. A former Kennedy scholar with an MA from Cambridge, she makes her living designing gardens and building things. English by birth, she and her American wife immigrated to Canada in 2006. They raise sheep on unceded Mi’kmaw territory near the Bay of Fundy in Nova Scotia. 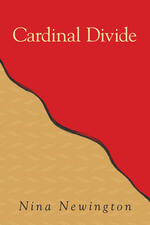