Christine Overall is a professor emerita of philosophy and holds a University Research Chair at Queen’s University, Kingston, Ontario. She is an elected fellow of the Royal Society of Canada and has received two research awards from the Royal Society. She held the Humphrey Professorship in Feminist Philosophy at the University of Waterloo (2003), the Nancy’s Chair in Women’s Studies at Mount Saint Vincent University (2006–2007), and the Visiting Professorship in Canadian Studies at Kwansei Gakuin University in Japan (2011–2012). Her research is in the areas of feminist philosophy, applied philosophy, and philosophy of religion. She has published over a hundred articles and book chapters, many of which have been republished. She is the author of six books, including Why Have Children: The Ethical Debate (MIT Press, 2012) and the editor of five books, including Pets and People: The Ethics of Our Relationships with Companion Animals (Oxford University Press, 2017). 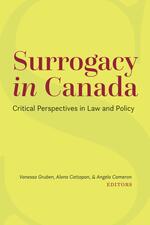