David Owen holds a Ph.D. in Performance and Theatre Studies from York University, and an M.F.A. in Directing from the University of Calgary, and an M.A. in Dramatic Theory and Criticism from the University of Alberta. He is an award-winning scholar, a theatre director, and a member of the Playwrights Guild of Canada. His current research focuses on the intersection of performance, game structures, and digital technology. He has written on a range of related topics such as LARP, burlesque, roller derby, and ideology embedded within planned communities. His book Player and Avatar: The Affective Potential of Videogames was published in 2017. He resides in Edmonton, Alberta. 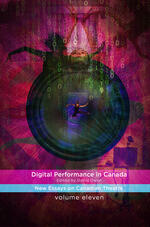