Canadian politicians, like many of their circumpolar counterparts, brag about their country’s “Arctic identity” or “northern character,” but what do they mean, exactly? Stereotypes abound, from Dudley Do-Right to Northern Exposure, but these southern perspectives fail to capture northern realities. In this passionate, deeply personal account of modern developments in the Canadian North, Tony Penikett corrects confused and outdated notions of a region he became fascinated with as a child and for many years called home.

During decades of service as a legislator, mediator, and negotiator, Penikett bore witness to the advent of a new northern consciousness. Out of sight of New Yorkers, and far from the minds of Copenhagen’s citizens, Indigenous and non-Indigenous leaders came together to forge new Arctic realities as they dealt with the challenges of the Cold War, climate change, land rights struggles, and the boom and bust of resource megaprojects.

This lively account of their struggles and accommodations not only retraces the footsteps of Penikett’s personal hunt for a northern identity but also tells the story of an Arctic that the world does not yet know. 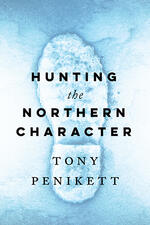