A native Montrealer, J. D. Black came late to poetry -- so late his juvenalia might be seen as the product of his second childhood. Someone has said that a poet`s early works are about other poetry and the later works about the early works. Given his first influences -- Johnny Jellybean, Miss Ellen of Romper Room, Sarah Binks and Adrian Mole`s Baz -- and his abysmal ignorance of contemporary developments, there may be some reservations about his later production. After stints as a railway service worker, heavy equipment operator and golf-course greenskeeper (among other things), he settled on a career working in libraries, where his attempts to absorb literature by osmosis have proved fruitless. He is currently honing his poetic technique so that he may attempt country-and-western and Broadway lyrics. 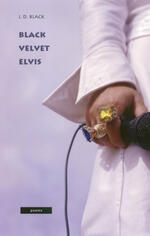