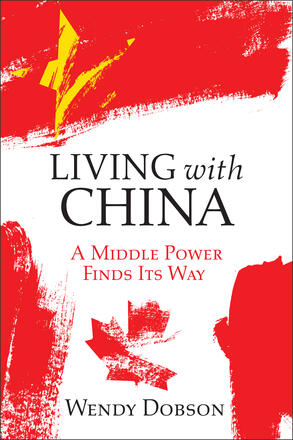 A Middle Power Finds Its Way

Canada is caught between two giant trading partners whose relationship has deteriorated as Americans challenge China’s development model of state capitalism and managed markets that puts Chinese enterprises first, at home and abroad. Canada, however, long used to a unipolar world dominated by the United States, lacks a China strategy. A foundation was laid in 2016 when Prime Minister Trudeau and Premier Li Keqiang agreed to a lengthy agenda for cooperation, including a possible free trade agreement. But in less than two years, the relationship between Canada and China plunged into a deep freeze when Meng Wanzhou, chief financial officer of Huawei Technologies, China’s huge, privately owned telecommunications conglomerate, arrived in Canada and the United States unexpectedly exercised a bilateral treaty to request her extradition to face criminal charges of banking and wire fraud, among others. Chinese leaders chose to blame Canada for her arrest.

These events reflect the shifting centre of gravity in the global economy, foreshadowed in my 2009 study, Gravity Shift: How Asia’s New Economic Powerhouses Will Shape the 21st Century, which anticipated the expanded economic significance of China and India by 2030. Today, just ten years later, the post–Second World War, Western-dominated world order is evolving into one with multiple players, each with its own system of governance, but also experiencing rising living standards and rapid technological change. Americans’ belief in their own primacy is increasingly out of step with this shift of gravity.

China’s relationship with the United States, meanwhile, has grown into a deep economic interdependence that is particularly valued by Chinese leaders who seek a stable international environment in which to pursue the country’s domestic development and continued rise. Americans, however, have come to regard China as a revisionist state, and as a strategic rival and security threat. Headlines focus on the hundreds of billions of dollars of US tariffs imposed on Chinese imports, but Americans are increasingly critical of China’s management of domestic markets and President Xi Jinping’s robust support for advancing China’s technological supremacy, not least through his Made in China 2025 strategy.

Canada’s own changing relationship with China is reflected in the transformation of the world economy. As a middle power, its diplomatic relations have stressed engagement and accommodation with China, but living with China has meant being pulled into the orbit of the deteriorating relationship between China and the United States. Pierre Elliott Trudeau once characterized Canada’s relationship with the United States as like a mouse living next to an elephant, but life with two restive elephants is far more complex. Canada’s ties with China are at their worst since the events of Tiananmen Square in 1989. Meanwhile Canada is caught in the escalating China-US feud over the Meng affair and, with the other members of the so-called Five Eyes intelligence partners, faces increased US pressure to ban Huawei from supplying equipment to 5G mobile wireless networks in North America and Europe.

Views differ on how to mend the rift and how long this might take. What is clear, however, is that Canada needs a comprehensive strategy for living with China. Canada can hedge its Asian bets by further developing other options – with Japan, the ten members of the Comprehensive and Progressive Agreement for Trans-Pacific Partnership, and the Association of Southeast Asian Nations – but at the centre of any comprehensive strategy must lie China. Canadians must come to understand Chinese history, values, and institutions and their significance for the Chinese president’s strategies, long and short term, at home and abroad. What is the context for Xi’s energetic international economic policies and institutional proposals? What are the rationales for his politicization of markets and increasingly autocratic ways at home? These are topics in the first part of this book. The second part focuses on the context for Canada’s China strategy. Here I argue that the emphasis on negotiating a free trade agreement is not a strategy, and might be the wrong goal. A better understanding of China’s history and views should convince Canadians of the need for a multipronged strategy that includes trade, investment, security, and engagement with multilateral partners and the public – a strategy based on mutual respect, accommodation, and genuine discussion of differences in values and institutions.

A dynamic train of events will play out as Canadians prepare for national elections in October 2019. Key economic and technological issues likely will be on the agenda for debate, including those related to the US-China relationship, given the tidal wave of recent books on the subject. My own contribution, Partners and Rivals: The Uneasy Future to China’s Relationship with the United States, published in 2013, examined their potential global roles in the next half-century, and predicted that neither would be able to dominate the other. This study, Living with China, takes the perspective of a middle power’s evolving relationship with a fast-changing China, and aims to deepen Canadians’ understanding of the issues and options, recognizing that any strategy Canada chooses will reflect its deep integration with the United States.

1 China’s Rise: Getting Its House in Order
2 China as a Global Innovator?
3 Creating a Leading Financial System: A Work in Progress
4 China Invests Abroad: A New Era of Chinese Capital
5 The Belt and Road Initiative: China Reaches Out
6 Living with China: Canada Finds Its Way

Living with China urges Canadians to adopt a forward-looking China strategy that recognizes the significance of China’s history and values for its development model of authoritarian state capitalism and managed markets. Living with China is one of the first comprehensive volumes on a forward-looking Canada–China strategy. The recommended strategy includes more leadership from top officials, building a Canada brand, strengthening our international human capital, addressing security issues, and negotiating bilateral trade and investment liberalization.

"In Living with China: A Middle Power Finds Its Way, Dobson provides a highly readable, concise and incisive review of the latest developments in the saga of China's emergence as a new global power. "

"Living With China is timely and not without controversy. " 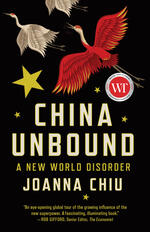 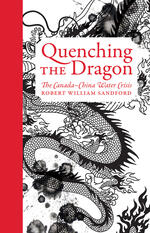 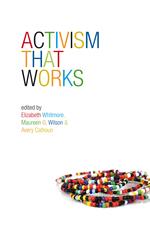 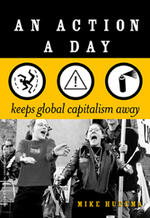 An Action A Day 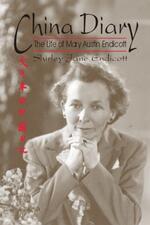 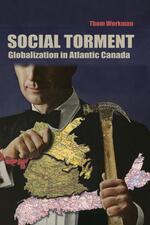 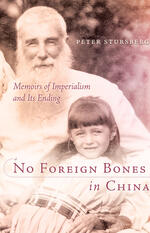 No Foreign Bones in China 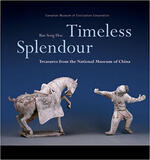