Japan is top of mind these days with the upcoming Tokyo 2020 Paralympic Games and the recent Tokyo 2020 Olympics. But Japan is also known for both its modern and traditional cultural production, including more recently (at least in the West), a particular style of graphic storytelling known as manga. As manga became more popularized outside of Japan, translations into new languages introduced new readers to Japanese narratives, and introduced international translators, editors, and publishers to the Japanese publishing landscape.

In the coming weeks, we will be sharing excerpts of our 2020 market guide, Selling Canadian Books in Japan: A Guide for Canadian Publishers (3rd edition), prepared by Mark Gresham and Frank Foley, experts on publishing in Japan. In today’s post, we provide a brief overview of this market, which Gresham and Foley divide into two distinct markets: the Japanese-language publishing (washo) market, which provides opportunities for translation rights sales; and the imported book (yosho) market, including adult and children’s trade, academic books, and English Language Teaching (ELT).

Japan is an important market for international publishers. Despite the economic stagnation of the past few decades, Japan is still the world’s third largest economy and the fourth largest book market. It has a large population of 126 million urban-based (92%), well-educated people (99% advancing to high school; 55% advancing to tertiary education in 2019) with near 100% literacy.

On the other hand, Japan is a notoriously insular market. This is, at least in part, owing to the combination of 1) a sense of self-sufficiency/complacency because of the scale and other advantages listed above and 2) a unique (i.e., not spoken anywhere else) national language. These factors contribute to what is often referred to as the “Galapagosization” of Japan where the motivation to master foreign languages is low (Japan is 55th out of 100 on the 2020 English Proficiency Index), and there is limited interest in living or working abroad.

It is not surprising, therefore, that Japanese consumers prefer local content in their own language from domestic publishers. Of approximately 75,000 new books published in 2018, fewer than 10% were translated titles. The demand for English-language books is also small relative to the total market. That said, given the overall market scale, Japan is still an attractive market for foreign publishers.

There have been two significant developments in the Japanese publishing industry over the last decade. One is a major shake-up of the distribution system initiated, at least in part, by Amazon. Citing frustration with persistent out-of-stock issues with mega-distributor Nippan, Amazon announced in April 2017 that it would open direct accounts with publishers. This was the first time that a major retailer bypassed the traditional distributors. Amazon has the potential to exert pressure on other long-held practices as well, including the consignment sales and resale price maintenance systems.

The other development is the consolidation and, in some cases, reinvention of book retailing. According to Allmedia’s annual survey of the book trade, Japan had 10,174 bookstores in 2018, less than half the number of 20 years ago. As in North America and many other markets, Japanese book retailing is consolidating with a shift to fewer, larger, more modern, more innovative bookstore concepts.

The underlying force driving change in Japan is demographics. The Japanese population is aging, shrinking, and internationalizing. Two major implications for the publishing industry include the following: the sharp decline in magazine sales, which for many years underpinned profitability for distributors and retailers; and changing customer behaviour, especially the time spent on smartphones (and not reading books). Bookstores are reacting with various strategies to bring books back into their customers’ lifestyles, including diversifying their product lineup, adding cafes, restaurants, and events, and improving store design. Tsutaya, known for transforming music and DVD rental and retailing in the 1980s and 1990s, is leading the charge in the book market with “lifestyle-based” stores customized for the local market.

On the imported books front, the situation is stable but significantly less robust than it was 10 or 20 years ago. The demographic problem has its effects here as well, extending into budget issues for the largest market sector for imported publications, the university market.

Still, numerous opportunities exist. Significant developments in the last decade include the following:

Want to find out more about this country’s Japanese-language publishing (washo) market and imported book (yosho) market? Download your copy of our market guide today! 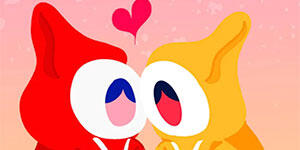