Sharon Morgan Beckford is an Assistant Professor in the Department of English at Saint Mary's University, Halifax, Nova Scotia, where she lectures on literatures and cultures of the African Diaspora. She received her Ph.D. in English from York University, Toronto, Ontario. Her (Un)Recovered Persephones: The Gendered Quest for Individuation in a Selection of Literature by Black Canadian Women Writers won the 2006 Mary McEwen Ph.D. Dissertation Award for the best dissertation in Women's Studies from the Centre for Feminist Research, York University. Her research interests include African Diaspora Studies, Canadian literature, postcolonial literatures, and Black Cultural and Feminist Studies. Her publications include essays, book chapters, book reviews, and encyclopaedia entries. She is currently working on selected representations of the black female body as a political trope in the literatures of the African diaspora. Her work has been published in numerous journals across Canada, as well as chapters in the following anthologies, Ebony Roots, Northern Soil (forthcoming 2009); Border Crossings: A Sourcebook on Caribbean Writers in Canada (forthcoming 2009); Surviving the Crossing: Essays on the Works of Austin Clarke (forthcoming); Strangers in the Mirror: In and Out of the Mainstream of Culture in Canada (2004). 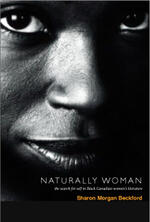