Fred Cogswell was one of the scions of Canadian Poetry. A widely published poet, anthologist, translator, reviewer, and critic, he has been a figurehead on the Canadian literary scene for more than fifty years. He was the recipient of numerous awards and honours ranging from the Bliss Carman Medal in 1947, to the Order of Canada in 1981, to a lifetime achievement award from the Canadian Publishers Association in 2000. He was the founder of Fiddlehead Poetry Books, one of Canada's oldest literary presses and has acted as mentor to several generations of young poets. 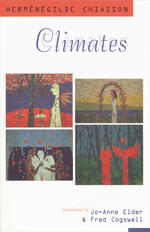