dennis cooley was born in Estevan, Saskatchewan. He later moved to Manitoba, where he helped to start the Manitoba Writers’ Guild and was a founding member of Turnstone Press. He taught Canadian literature, poetry, creative writing, and literary theory at the University of Manitoba. He has published widely, including well over a dozen volumes of poetry, notably Bloody Jack (2002), and the bentleys (2006). A recipient of the Manitoba Writers' Guild Lifetime Achievement Award, dennis cooley lives in Winnipeg. 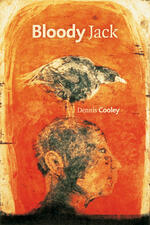