STEPHEN FRY is an English actor, screenwriter, author, playwright, journalist, poet, and film director. He was born in London and studied English literature at the University of Cambridge. Fry has also written and presented several documentary series, including the Emmy Award-winning “Stephen Fry: The Secret Life of the Manic Depressive” and “Stephen Fry: Out There,” a two-part documentary about the lives of lesbian, bisexual, gay, and transgender people around the world. Fry has been married to comedian Elliott Spencer since 2015 and has advocated for the rights of the LGBTQ community for thirty years. 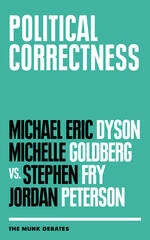