Claudio Gaudio is a Toronto based writer. Texas, his first novel, has been translated, in part, by Francesco Loriggio and included in an anthology in Calabria, Italy. Texas was shortlisted in 2013 for the RELIT Awards, and his work has appeared in ELQ (Exile Literary Quarterly), Rampike Literary Magazine and Geist, and Descant Magazine. 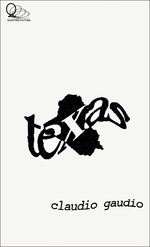