Terry Goldie is the author of the memoir queersexlife (Arsenal Pulp Press) and the editor of the anthology In a Queer Country: Gay & Lesbian Studies in the Canadian Context (Arsenal Pulp Press). His other books include Pink Snow: Homotextual Possibilities in Canadian Fiction (Broadview 2003), and Fear and Temptation: The Image of the Indigene in Canadian, Australian and New Zealand Literatures (McGill-Queen's, 1989). He is a professor of English at York University in Toronto, where he teaches Canadian and postcolonial literature with particular interest in gay studies and literary theory. 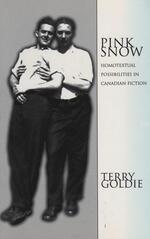 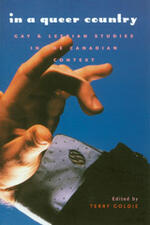 In a Queer Country