Thomas Anguti Johnston grew up moving around the Baffin region of Nunavut and northern Quebec (Nunavik). He now lives in Iqaluit, Nunavut, with his two daughters, Amy and Leah. Anguti has been involved in the Inuit political realm, mostly with the National Inuit Youth Council and Inuit Tapiriit Kanatami. He decided to pursue his passion of filmmaking and writing full-time in 2014 and hasn’t looked back. Anguti has received Nunavut Commissioner's award for youth development and the Diamond Jubilee award for media arts. Anguti is a producer, writer, and lead actor, playing Inuk Qablunaaq on the popular Inuktitut television program Qanurli?, now in its sixth season, on APTN. 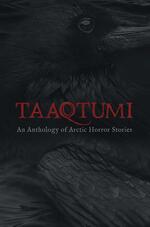