Richard Kelly Kemick is the recipient of numerous awards, including two National Magazine Awards, an Alberta Literary Award, and the Norma Epstein Award. His debut poetry collection, Caribou Run, was published to critical acclaim in 2016. His writing has appeared in magazines, journals, and anthologies across Canada, the United States, and the United Kingdom, including the Walrus, the New Quarterly, This Magazine, the Fiddlehead, Numéro Cinq, and Taddle Creek. He divides his time between Calgary, AB, and Rossland, BC. I Am Herod is his first book-length work of non-fiction. 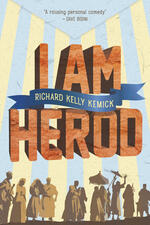