John C. Kennedy, ethnographer and historical anthropologist, made his first field trip to Labrador in 1971, and taught Anthropology at Memorial University between 1973 and 2004. He is the author of several books, including Holding the Line: Ethnic Boundaries in a Northern Labrador Community (ISER Books, 1982), People of the Bays and Headlands: Anthropological History and the Fate of the Communities of the Unknown Labrador (University of Toronto Press, 1995), Labrador Village (Waveland Press, 1996), Island Voices: Fisheries and Community Survival in Northern Norway (Eburon, 2006), and the forthcoming Encounters: An Anthropological History of Southeastern Labrador (McGill-Queen’s University Press). 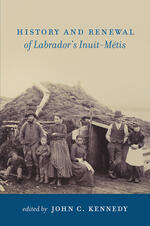 History and Renewal of Labrador's Inuit-Métis