Natasha Nuhanovic is a writer, translator and filmmaker. She was born in Zagreb, Croatia in 1984. In 1994, amidst the Bosnian War (1992-1996), she moved to Germany. Canada came next in 1998. Over time, Waterloo, Toronto and Montreal became her three Canadian homes. After studying Literature at the University of Waterloo and University of Toronto, her path took her to McGill University. Her first poetry book, Stray Dog Embassy, was published in 2010 with Mansfield Press. Subsequently, she translated poetry, plays and short stories within combinations of three different languages: English, Bosnian and German. Her proficiency in three different languages also lead her to work as interpreter for the Sarajevo Poetry Festival. Along with her literary career, she has also ventured into storytelling through film. She has worked on several short films in many different roles. Her first feature-length film, Close the Door, is set to be submitted to festivals internationally in 2022. 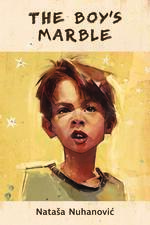