Michael Runtz
has been an avid birdwatcher since the age of five and has worked as an interpretive naturalist in Algonquin Provincial and Point Pelee National parks, hosted an international television series Wild by Nature, authored 10 natural history books, and written more than 1,000 newspaper and magazine natural history articles.

A popular keynote speaker and a regular guest on radio and television, Michael was the only Canadian featured in the TVO/NHK Japan 2001 Superteachers series that profiled such notables as Jane Goodall and Nelson Mandella. 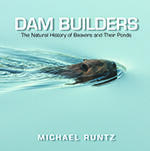